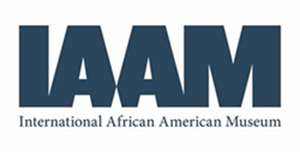 The International African American Museum (IAAM) on Thursday announced a new partnership with FreeWill, a New York City-based social enterprise, offering online resources which guide site visitors through the process of writing a legally valid will for free.

The organizations have partnered to uplift the Museum’s mission and to support the longevity of the institution through the creation of a national planned giving program.

“We are so grateful to the thousands of supporters across the country who have contributed to the museum’s development – and championed our mission to tell the full story. Because wills and testaments are tellings of our own stories and of those we love, we are delighted to launch a program like this for our museum,” said Dr. Tonya M. Matthews, the IAAM’s president and CEO. “Also, the work we do to share and champion some of our nation’s most important stories can only be sustained through strategic planning and partnerships that will secure our future. For us, ensuring that our members and supporters have a way to support us through planned giving is an important part of providing for the museum’s sustainability.”

Since 2017, FreeWill has helped over 400,000 people create their estate plans online and has raised over $4 billion for charitable organizations and institutions. With this new tool, users can now create a free plan, print out a will that is legally valid in all 50 states, or create a set of documented wishes to bring to an attorney.

The International African American Museum has already received 25 bequests through the FreeWill partnership. The estimated value of these bequests is more than $1 million.

The FreeWill partnership also provides tools for supporters to make gifts of stock and gifts directly from their IRAs. “Many of our supporters have used these methods of donating to the museum because there are often tax benefits, making the actual cost of the donation less,” said Ginny Deerin, Major Gifts Officer for the museum. “However, some donors think these methods are too complicated. This is where FreeWill tools come in; they make the process super easy.”

More information is available at www.iaamuseum.org/planned-giving/.