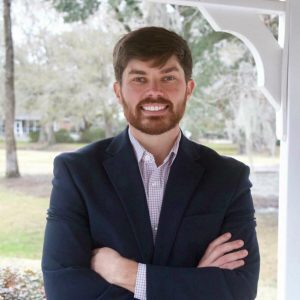 Charleston attorney Stephen Bowden has defeated incumbent Harry Griffin and will take over the District 10 seat on Charleston City Council.

Griffin conceded to Bowden shortly after polls closed on Tuesday evening. As of 8:12 pm, Bowden held 68% of the vote.

Bowden, an attorney with the Charleston County Public Defender’s office, is a political newcomer. He lives in the Shadowmoss neighborhood of West Ashley with his wife June, who is a Charleston County public school teacher.  Bowden graduated from Old Dominion University with a degree in History and Political Science. He then went on to receive a law degree from the University of South Carolina School of Law.

After completing law school, he moved to Charleston to begin his legal career at a firm that represented homeowners. Bowden says he enjoyed helping people who had devastating problems with their homes, however he felt the call to public service, and decided to join the Charleston County Public Defender’s Office where he fights to protect people in the criminal justice system.

He recently appeared on Holy City Sinner Radio, this website’s companion podcast. You can listen to the interview here.