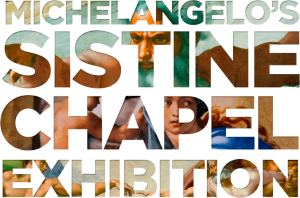 Forgive us for the slightly sensational headline. We didn’t mean to alarm any of our Catholic readers or lovers of Renaissance art in general. The Sistine Chapel, as famously painted by Michelangelo during the early 16th century, is still very much in Vatican City. If you want to go and see it with your own eyes – which is an experience we heartily recommend – you’ll have to travel to Europe to do so. If you’re not keen on that idea and you’re prepared to accept a very high-quality replica instead, though, a version of the Sistine Chapel has now arrived in Charleston – and it’s staying here until September.

Michelangelo was as fine a sculptor as he was a painter, as evidenced by his famous creation “David,” but it’s the roof of the Sistine Chapel that he’s best known for in the modern age. Its most iconic image, “The Creation Of Adam,” is so well known that it’s been used as scenery in online slots games, which isn’t as unlikely as it probably sounds. Online slots are a lot more sophisticated these days than you probably imagine them to be. Michelangelo isn’t even the only ancient artist to have his work turned into an online slots attraction at websites like Rose Slots CA – there are also whole online slots explicitly dedicated to the works of Da Vinci and van Gogh. Unless you’re a keen traveller, those online slots might be the only opportunity you’ve had thus far to see some of these famous works in person. That’s why this new exhibition represents such a fantastic opportunity.

The new exhibition is a touring show created by SEE Global Entertainment and opens at Festival Hall on Beaufain Street on July 9th. From there, it will remain open until September 26th, with admission limited only to those who purchase tickets in advance. Obviously, event organisers cannot replicate the entirety of the Sistine Chapel for a travelling show – but its paintings can. The exhibition company has used the latest technology to photograph every painting in high resolution and then reprinted them in full size, creating an indoor display that’s as close to standing in the actual Chapel as it’s possible to get without boarding a plane and travelling overseas.

Charleston is not the first city to see the display. It’s most recently been in Charlotte, where thirty thousand people bought tickets to see the exhibition during a five-week stay. Ten thousand tickets are known to have been sold ahead of its arrival in Charleston, with tens of thousands more likely to be sold as word spreads about the quality of the display. Some reviewers from other cities have even suggested that this is the best possible way to see the paintings because you can get so close to them. In the real Sistine Chapel, they’re up on the ceiling, which is so high that it’s sometimes recommended that you bring or hire binoculars to study them closely. Inside Festival Hall, they’re only inches away from you, making them all the more impressive as they stretch from floor to ceiling on specially-created wrinkle-free fabric. Other cities that have had the privilege of studying Michelangelo’s work at close range thus far include Atlanta, Minneapolis, and Phoenix.

Aside from providing a rare opportunity to see world-famous art in person, the exhibition aims to raise awareness of Michelangelo, his life, and his work. Thanks to our friends at the History Channel, we can let you in on a few of the things you might find out when you visit. The most surprising thing you might be told is that Michelangelo was highly reluctant to paint the roof of the Sistine Chapel when the suggestion was made to him. He was already working on the tomb of Pope Julius the Second when the proposal was made and thought himself a more accomplished sculptor than a painter. He didn’t think he was worthy of the work and wanted to get the tomb finished first. It was only a shortage of funding for the tomb that persuaded him to think again about the Sistine Chapel, which took him four years to complete.

You might have heard that the artist did all of the work lying on his back. If so, you’ve heard incorrectly. While it would surely have been more comfortable for Michelangelo to lay down while painting the ceiling, he actually spent all four years standing upright and reaching above his head to apply paint to the surface. He’s thought to have suffered permanent injuries to his arm because of the strain of the stance. The Renaissance master designed the scaffold structure himself and fitted it to the walls of the Chapel with brackets. The only reason people believed Michelangelo did all the work lying down is because that’s how it was portrayed in the movie “The Agony and the Ecstacy” in the 1960s. Charlton Heston played Michelangelo in that movie and ended lying down in the painting scenes because of the discomfort of spending hours of each filming session holding a brush above his head.

Even when the work was finished, Michelangelo didn’t much care for it. He didn’t enjoy the job and wrote poetry about how miserable it made him. In a letter to Giovanni da Pistoia, a friend and contemporary, he rued that he wasn’t a painter, had injured his spine, and he ended every day with his face covered in paint splatter. He was well-paid for his masterful work, but he suffered for the creation of it. In fact, the word he used in the letter was “torture.” Hopefully, he’d be happy to hear that millions of people have admired his work in the five centuries since then – but we wouldn’t bet on it!

Each visit to the Sistine Chapel display is expected to take around ninety minutes. Tickets start at $23.70 for adults and $15.10 for children, with discounts available for additional children, family passes, seniors and veterans. While it’s unlikely that tickets will sell out, there might be a long wait for tickets if the opening few weeks are booked up quickly. If you like the sound of this exciting exhibition and you think it’s the sort of thing that you and your family might enjoy, we recommend securing your tickets as quickly as possible!