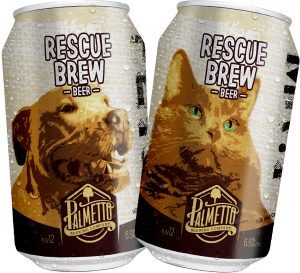 No Kill South Carolina, Palmetto Brewing Company, WCSC Live 5 News, Southern Eagle, and Cupcake DownSouth have joined forces to celebrate dogs and cats and the people who love them with the second annual Rescue Brew Spokesdog and Spokescat contest. One winning dog and one winning cat will have their image appear on the new release of the 2021 Rescue Brew beer this fall. The Rescue Brew beer is a limited small batch production by Palmetto Brewing.

Here are the contest details:

No Kill South Carolina is an initiative of Charleston Animal Society.