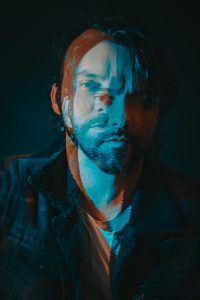 The Charleston Music Hall announced that Shakey Graves will return to the venue on Tuesday, November 9th with special guest Sun June.

Shakey Graves (Alejandro Rose-Garcia) is an Americana musician who first became well-known after the 2011 release of Roll The Bones​. That year, an editor at Bandcamp made it a featured album for a month and from there it stayed in the website’s top selling folk albums. The record has since seen well over 100,000 units sold – even while being available for free download.

For the last decade, the songs have lived exclusively on Bandcamp, but fans can now obtain ​Roll the Bones​ as their own physical artifact. Through Dualtone Records, Shakey Graves released a ​Ten Year Special Edition​ double LP with a black and gold foil re-arting of the taxidermied cow head cover. The packaging includes handwritten explanations of every song, offset with original photography. Along with its deluxe vinyl release, ​Roll the Bones​ is now available through all digital service providers – Spotify, Apple Music, YouTube, etc.

Doors for the Charleston show open at 7 pm and the music starts at 8 pm. Click here for ticket information.
–

Follow us
Related Topics:charleston music hallShakey GravesSun June
Up Next