Looking for fun ways to spend the weekend with your friends? There are lots of online games available on the Internet your group can choose from. But one that will surely not disappoint is World of Warcraft –  and millions of players worldwide can attest to the fact. 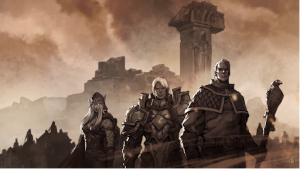 What Is World of Warcraft?

One of the biggest multiplayer role-playing games online is World of Warcraft, abbreviated as WoW. It was released to the public back in November 2004 by Blizzard Entertainment that mainly takes place in the world of Azeroth. This multiplayer game connects millions of players from different parts of the world online as they immerse themselves in various missions, collect rewards, and travel through with the great graphics of the game.

WoW is a part of the Warcraft franchise that also have the following elements within it:

How to Play WoW

Because of its popularity and continuous success, there are many tutorials available online to help both new and experienced players to guide them in traversing World of Warcraft. Its commercial success was evident with over a hundred million game accounts registered in 2017 and daily player participation still in high numbers during 2021.

The game starts by letting its player mold an avatar that they’ll use to explore Azeroth in either first or third-person view. As the players advance throughout the game, they’ll have to face monsters, finish quests, and combat with other players. If you don’t want to spend much time on WoW, but still want to play on top level, try WoW Boost Services by Leprestore.com. With them you will be able to get totaly working character without spending time on leveling, gearing, raids, dungeons and farm.

With many interesting interactions and game systems, a player needs to continuously progress by selling items and utilizing in-game currency to level up. Overall, the easiest way to level up is through Player-vs-Player (PvP) battles. This is why players who don’t have much time to spend on the game but want to upgrade ask for help from PvP Carry Service. These services are not uncommon in the gaming community and will help the player with their gaming. Also, players always learn from these services to be better at their playthroughs.

Who Are You in WoW 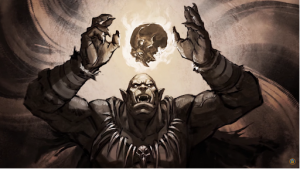 You enter WoW as a hero who must go through dangerous quests and defeat villains who stand in your way. Players will slowly learn the skills they need as they move forward so they can be ready for battles. Through this game, you can meet a rich selection of not only the game’s characters but also of different players who are from various parts of the world and have engaging personalities.

Meet and play with interesting people as you continue your journey through WoW. Level up and continue your adventure as you choose what kind of hero you’ll want to be by picking a side and helping their cause:

What better teammates to have than those you already consider your friends? WoW also has a social feature where you can add both your friends in real life and online friends. All of your friends will be on a list, and the game will show you who is online, so you can play together.

The simplest way to play together is for you and your friends to pick the same faction (whether Alliance or Horde) and region so your characters are close to each other.

You can also add players you’ve met in the game and can even see how they progress over time. In doing so, you and your accumulated friends can form a group to defeat other players. Players can also just join already existing groups and temporarily be a part of them to finish a challenge and split rewards.

When the time comes and you’re taking the game seriously, along with other players, you can build a guild as the members of the guild work together to reach a specific goal.

You can select from the following three types of guilds during the game:

Don’t waste your weekend off and check out WoW and its many interesting gameplay! Develop and grow the best character you can, along with your friends, and fight others to show off your skills. Continue leveling up and upgrading your character, and soon build your own guild and leave your mark on World of Warcraft.

Tips for Making the Most of Your Retirement