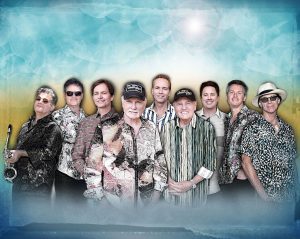 The Charleston Gaillard Center today announced that The Beach Boys will perform at the venue on October 3rd. Tickets go on sale Friday, May 7th  at 11 am on gaillardcenter.org.


As The Beach Boys mark more than a half century of making music, the group continues to ride the crest of a wave unequaled in America’s musical history. The iconic band has become synonymous with the California lifestyle and continues to delight fans around the country.

The Beach Boys have sold over 100 million records worldwide and have received more than 33 RIAA Platinum and Gold record awards. The Rock And Roll Hall of Famers were also honored at the 2001 Grammy Awards with the Lifetime Achievement Award.

Tickets start at $60 (plus applicable fees). Gaillard Center Members receive presale access. You can become a Member by contacting the Development Office at development@gaillardcenter.org or (843) 579-6468 for more information.

Follow us
Related Topics:Gaillard Centerthe beach boys
Up Next