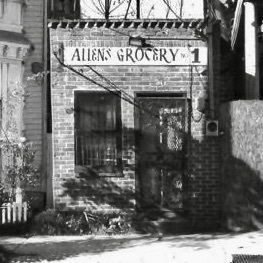 The Preservation Society of Charleston this week announced the launch of the Morris Street Business District Project, a digital exhibition that highlights the rich and diverse history of Morris Street and the people who shaped it over the course of nearly two centuries.

Years in the making, this in-depth research project was initiated by the Preservation Society’s Thomas Mayhem Pinckney Alliance in partnership with the College of Charleston’s Lowcountry Digital History Initiative. The Thomas Mayhem Pickney Alliance is a task force established in 2013 to identify, recognize, and preserve places representative of the contributions of African Americans to the built environment of the Lowcountry.

Though a geographically small part of the Charleston peninsula, Morris Street historically contained one of the highest concentrations of Black-owned and operated businesses, offices, and residences in the city, as well as numerous houses of worship. Notably, this district was also home to a thriving immigrant community, including German grocers, Irish laborers, Chinese businessmen, and Russian-Jewish merchants. The intersections of these diverse communities make the Morris Street Business District an important area of study to understand Charleston’s complex social, cultural, economic, and racial history.

“Every part of our beautiful city was shaped in some way by the lives and work of Black Charlestonians, but none more than Morris Street,” said Nathaniel Robert Walker, Associate Professor of Architectural History at the College of Charleston. “It was the thriving commercial and cultural heart of a community that refused to be left on the margins of a segregated city, and so created an independent center of urban vitality and architectural expression.”

The digital exhibit includes an online storyboard and an interactive map highlighting the histories of more than 20 individual sites located along Morris Street and its surrounding neighborhoods. As Charleston continues to change at an increasingly rapid pace, it is critical to capture our city’s under-told stories before it is too late. The Morris Street Business District Project is an important initiative of the Preservation Society that helps enrich our collective knowledge of Charleston’s past and guides us to be better advocates for sustaining its vibrant and diverse communities into the future.

For more information on the Morris Street Business District or to view the free, online exhibition via the Lowcountry Digital History Initiative, visit http://ldhi.library.cofc.edu/exhibits/show/msbd