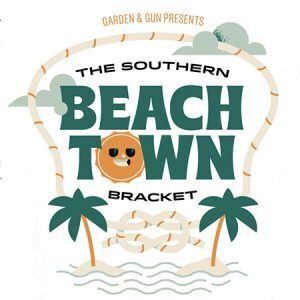 Pawleys Island is officially one of only two beach towns still in competition to win a five-round online contest to name America’s “Favorite Southern Beach Town.”

The competition is determined by an online vote on the Garden & Gun website. People are allowed to vote every hour.

“This has been such a thrill over the past couple of weeks as Pawleys Island advanced in each round,” said Mark A. Stevens, director of tourism development for the Georgetown County Chamber of Commerce. “We are beyond thrilled that Pawleys is now in the final competition, and it’s our hope to see our beloved Pawleys officially declared the Favorite Southern Beach Town.”

When it announced the competition, Garden & Gun said, “For generations, beach towns have welcomed us for vacations, long weekends, and memorable family trips. It is in that spirit—and with the knowledge that we’ll be back to these places soon—that we present the tenth annual Garden & Gun bracket: Favorite Southern Beach Towns.”

To choose the 32 beach towns for the bracket, the magazine first went to readers via social media and in its Talk of the South newsletter asking for their favorite beach town. From there, the magazine whittled it down to the final nominees and then created the matchups.

“Over the next few weeks, through five rounds, you’ll be able to vote for your favorite beach towns multiple times a day before a winner is announced on April 6,” the magazine wrote. “So … start voting.”

Garden & Gun is certainly not the first magazine to put Pawleys Island in the spotlight for best beach town. Southern Living named Pawleys Island one of the South’s Best Beach Towns in 2019, saying, “Atlantic-facing Pawleys Island isn’t far from such popular Grand Strand destinations as Myrtle Beach and Murrells Inlet, but it’s a quieter getaway, known for cypress cottages and those famous hammocks. There’s no shortage of good food and drink, not to mention water recreation of every description. Beautiful Brookgreen Gardens is just a 10-minute drive away.”

“Everyone on South Carolina’s Hammock Coast knows Pawleys Island is a gem,” Stevens said. “While beach towns from Virginia to Texas and from Alabama to North Carolina may be in the running for Garden & Gun’s ‘Favorite Southern Beach Town,’ those of us who love Pawleys already know it is, indeed, the perfect nominee. It’s been a favorite for generations, after all.