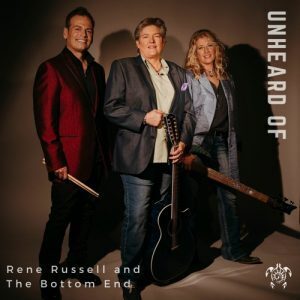 The seventh episode of Holy City Sinner Radio, this website’s companion podcast, is now live on multiple streaming platforms. This week’s guest is Charleston based, Americana-Rock group Rene Russell and The Bottom End.

The band on Friday released the first single from their upcoming debut album, Dream The World Anew, which is due out on May 21st. The single is called “Unheard Of” and is available on multiple streaming platforms. The band consists of Russell, Jamie Lupini, and Chris Blackwell. You can learn more about the group at renerussellandthebottomend.com.

Follow us
Related Topics:Holy City Sinner RadiopodcastsRene Russell and The Bottom End
Up Next

LISTEN: “Die Young as Late as You Can” with Mark Bryan