When George Floyd lost his life at the hands of a police officer, the whole world stood up united with the slogan of Black Lives Matter. It wasn’t just the black community that protested but rather everyone with an inkling of humanity and justice inside them. This wasn’t the first time that this slogan was chanted, but it was perhaps the most profound one. But while many people proudly stand by this idea, many others are against it still. To understand how a simple slogan turned into a social movement that people both support and speak against, we have to look at it from the beginning. 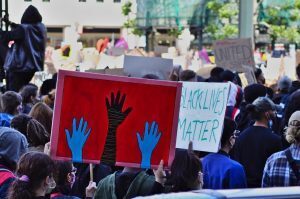 The Beginning of an Idea

The start of BLM can be traced back to 2013 when a black teen, Trayvon Martin, was murdered by a police officer, George Zimmerman. The young man was returning from a store when he was shot and killed because he looked ‘suspicious’ to the officer. The police officer was found to be not guilty of murder and that is when Alicia Graze and her friends created the hashtag BlackLivesMatter.

While this hashtag was created as a result of this incident, it really got traction a year later when another black person was shot dead. Michael Brown was unarmed and was killed by the police in Ferguson, Missouri. That is when this slogan turned into a civil rights movement in the United States. Everyone was talking about the BLM movement, whether in a college student’s black lives matter movement essay or a news story. The slogan became much more than just words on social media. It became a symbol of justice for the black community of the United States. People started embracing BLM and showing their support for it, and those like Rebecca Ferguson started accepting their roots in a new way.

The Death of George Floyd

The Black Lives Matter movement reached a whole new level when George Floyd was killed by a police officer in 2020. The whole world rose to show support for the movement and to speak up against police brutality. The public opinion on the matter was hugely positive and not just in the United States. People all around the world protested against this horrendous incident and this just showed how the three words that started as a hashtag had turned into a worldwide phenomenon in the few years. 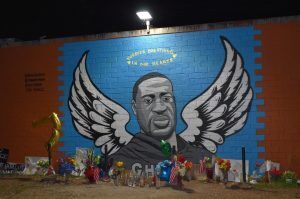 The hashtag BlackLivesMatter was shared over 100 million times in just one month after this incident took place. This massive popularity, combined with all the global protests, pushed the movement forward in many new ways. Sixty-two of the Fortune 500 companies posted about the movement on Facebook. This is very impressive when considering that only 2 of the Fortune 500 companies had ever posted about the movement before this incident.

Ever since the movement started, around 30 chapters have been created across the United States alone. Many cities have their own BLM chapter that asks for specific demands to be met by the authorities. These chapters have been successful in many of their projects, like the firing of Charlie Beck. Other projects like dedicating a day of remembrance for all the victims of police brutality in New York are being pursued as well.

Other noteworthy projects that the organization is working on include the Breathe Act, which is a proposal to redirect funds meant for law enforcement institutions towards community services as well as the creation of Black Futures Lab whose aim is to increase Black presence in politics. As a result of all that the movement has achieved, it was awarded the Sydney Peace Prize in 2017. Today, BLM has become an organization that is synonymous with anti-racism efforts on a global scale. And yet, there exist many people who are not supporters of this civil rights movement.

The Challenges with BLM

The reason for people’s negativity towards the movement comes from many factors. Some are just driven by racism and deny to acknowledge that the systemic racism that BLM seeks to eradicate exists in the first place. Others are against the movement because there have been instances where the protests have led to violence and property damage. Many people also believe that the movement has diverted from its original goals and has included many other aspects of social justice relating to feminism and gay rights. It is also believed that it has lost its way and is no longer very effective in fighting racial injustice.

Another challenge that is being faced by the movement is the drop in supporter count. In June of 2020, some 67% of adults in the United States showed some sort of support for the movement. This number fell to 48% in December. A lot of the people who withdrew support were white men, perhaps because they cannot relate directly to the cause and don’t feel like it is worth all the effort.

Despite all the negative public opinion it sometimes gets, there is no denying that Black Lives Matter has become an organization that has created tangible change in the world. It started as a hashtag, a way to protest and to show support for black people being killed by cops in the United States. And over the years, it has grown into a huge collective of people fighting to make sure that nothing like what happened to George Floyd, and countless others, happens again. It has had universal impacts on the matters of racism and has inspired others to stand up in their own homes. And while it may be true that the organization has its flaws to deal with, BLM is a culturally significant movement that is sure to go down in history.