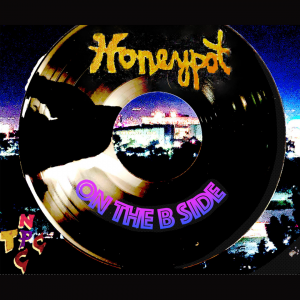 Southern prog rock band Honeypot will premiere its two-sided LP On the B Side via Glide Magazine on Monday, March 15th, 2021. The album will be available on all digital platforms beginning on Friday, March 19th. Vinyl pre-orders are already being taken at the band’s website.

Frontman Frank Hartman has been working on this project for four years now, co-writing and recording tracks with longtime friend and collaborator Chris Chamberlain, and fully self-funding the album’s production. The album’s first three singles, “Over the Line,” “On the B Side,” and “Fake News” are mostly political protests, followed by “Shut Your Mouth,” a hard-rock anti-lovesong.

“Honeypot songwriter, guitarist, and frontman Frank Hartman holds nothing back in his eviscerations of corrupt people in power,” The Indie Source wrote.