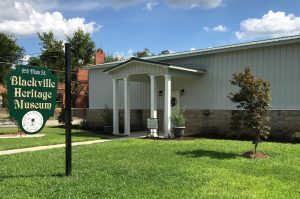 Blackville, SC, may be just a wide spot in the road, developed as an overnight stop on the Charleston to Hamburg railroad line. A steam train that could cover no more than 25 to 30 miles per day ran on this 126-mile line, which was completed in 1833. Blackville just happened to be the place the train could reach in one day. A depot building was built by the railroad company at the west end of the main street in town. The depot was abandoned for many years after the demise of the railroad, but was relocated to Solomon Blatt Avenue in 1985 and renovated to serve as the town’s library.

Today, the town is important to the approximately 2,000 residents who call it home, and many of those residents care about honoring their heroes. Many former residents return from time to time for school reunions, church homecomings, and other anniversaries to this place with those memories only your hometown can hold. Fortunately for those people who are interested in the history of the area, there is a place where history is valued and preserved: The Blackville Heritage Museum (pictured above right). 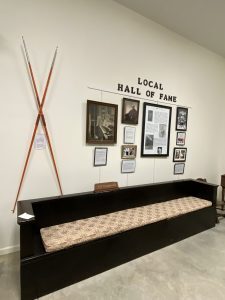 An early collection of the town’s memorabilia was housed since 1970 in an old historic building that was in poor repair. A group of interested citizens organized the Blackville Area Historical Society (BAHS) in 1986 in order to preserve the town’s history. E. Stanley McDonald was the founder and first president, and charter members included Steve Lott, Myrtle Quattlebaum, Dal Goforth and Arie Guess. This group began efforts to care for the antique items already collected and gather further historical documentation on the area. A local foundation agreed to donate a 1926 Ford Model T and a 1931 Ford Model A if the historical society could furnish a place to properly house these valuable antique cars.

Ms. Quattlebaum, Museum Coordinator, was central in spearheading the effort to complete the building of a new museum facility. Born in Sally, SC, Ms. Quattlebaum was reared in Blackville and has lived there ever since. Her interest in history is not limited to the Blackville area however. She has traveled the world and participated in an archaeological dig in Israel. “Oh yes, I did find stuff,” said said. Pressed to choose, Ms. Quattlebaum has to admit that Greece is her favorite travel destination. Her interest in history and love for her hometown engaged her, with the support and aid of other historical society members, in the creation of the current museum. 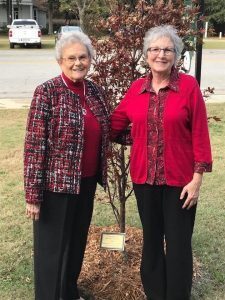 The challenge of raising adequate funds to build an appropriate facility was daunting, but the BAHS members persevered. Private donations and a gift from the Frank J. and Lucy C. Hartzog Foundation made the completion of the museum a reality in 2016. The museum is maintained by a handful of dedicated volunteers who are joyful and hardworking as they do the work of caring for the town’s heritage. In addition to the antique cars and many other artifacts, one of the most popular displays is the Blackville Hall of Fame wall.

This space is devoted to Blackville residents honored as Hall of Fame heroes. On view, for example, are two orange javelins that belonged to Terry Lee, a paralympic champion who was born and reared in Blackville. Lee was paralyzed from the waist down at age 13 after being shot in the back during a hunting accident. Lee’s determined rehabilitation led him to become a competitive javelin thrower and basketball player, and an inspiration to spinal cord injury patients at the Shepherd Center in Atlanta. A larger-than-life size statue of Lee (pictured at the end of this post) is on display at the entry of the Shepherd Center. In addition to his athletic prowess, Lee had a successful career with Adams-Cates Realty Co. in Atlanta, Ga. He passed away in 2016 at age 74, in the home he had built on his grandfather’s farm near Blackville.

Among other heroes in the Hall of Fame are Frank and Lucy Hartzog. These residents of nearby Hilda created an endowment before their deaths that was dedicated to provide funding to causes supportive of the Baptist faith, student scholarships and more generally to benefit the community. This foundation purchased the two antique cars which were gifted to the museum, and have been generous contributors to the BAHS.

Also included in the Hall of Fame are Buck and Arie B. Guess. Buck Guess was the talented and hardworking man whose hobby was the restoration of antique automobiles. He originally purchased and restored the two cars now housed at the museum, as well as several other beautiful antique vehicles. His wife, Arie, was a teacher and guidance counselor at Blackville-Hilda Public Schools. She received the Wil Lou Gray Outstanding Educator award given by Columbia College in 1996. 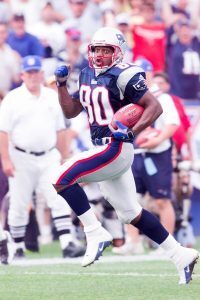 Troy Brown (right) is a name familiar to football fans across the country. This Blackville native son had a stellar athletic career at both Blackville-Hilda High School and Marshall University. He went on to earn distinction as a wide receiver with the New England Patriots, and was elected by fans to the Patriots Hall of Fame in 2012.

Solomon Blatt, the son of Jewish Russian immigrants who had settled in Blackville. This WWI veteran served in the SC House of Representatives for fifty-three years, many of them as Speaker. He was honored by the Council of State Governments as the longest serving state legislator in the nation.

Ms. Quattlebaum says the current to-do list includes creation of a World War II display to honor all the local men and women who served in the military during that era. The museum is also seeking photographs, memorabilia and information on veterans of all wars, including Korea, Vietnam, Desert  Storm and all other military operations.

“We would like to preserve this information for future generations,” Ms. Quattlebaum said. “The sacrifices of our veterans should always be remembered and honored.”

The response so far for veteran information has been slow, and it is hoped that an article in the local Barnwell People Sentinel newspaper might spur the families of veterans to contact the museum and assist with the display. 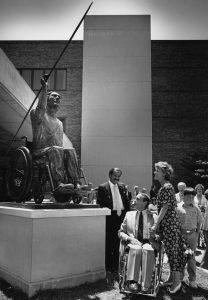