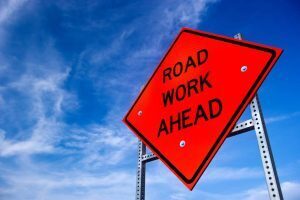 The South Carolina Department of Transportation (SCDOT), in partnership with the City of Charleston, will begin work today on safety and connectivity improvements on Brigade Street to benefit people walking, bicycling, taking transit and driving. When complete, this corridor will become the first in the city with protected bike lanes.

The improvements–designed to increase visibility of pedestrians, make it easier to cross the street on foot and by bike and encourage appropriate vehicle speeds–will be made along Brigade Street from the future Lowcountry Lowline to Huguenin Avenue and include the following:

Brigade Street is emerging as a key east-west corridor that will serve as an important connection between the planned Lowcountry Lowline and residences and businesses located on and near Morrison Drive. It is a primary route of the People Pedal Plan, which was approved by City Council in 2018 as a part of the Citywide Transportation Plan.

The corridor improvements and protected bikeway project is in response to the community’s call for better safety for all modes of transportation. The project was designed in collaboration with the North Central, East Central and Bridgeview Neighborhood Associations, Enough Pie and Charleston Moves.