Last year certainly wasn’t without its difficulties – the spread of the coronavirus pandemic had led to postponements and cancellations of the biggest sporting events around the world in the first half of the year, and whilst the later stages of the year saw many returns to a more recognizable and regular schedule, it hadn’t been without risk as uncertainty remained. Other services were able to benefit from this, particularly online services like these that have seen a surge in new users throughout the period of time despite efforts from initiatives like Gamstop aimed at stopping them, and whilst many are poised to find similar successes once again, could a sporting return in 2021 be something more familiar, or more of the same?

One thing that is looking to remain in place at least for certain sporting events has been the bubble approach that had been used so effectively by the NBA as it has already been announced that certain protocols will be strengthened as a number of players have already been side lined because of test and trace protocols and testing measures – in the long term this is certainly the safer approach, but it does make certain aspects of these events much more difficult. This isn’t entirely a bad thing, however, as there’s no doubt that no fans will be in attendance throughout at least the early months in 2021 as risks continue to be measured and the safest approaches are made a priority. 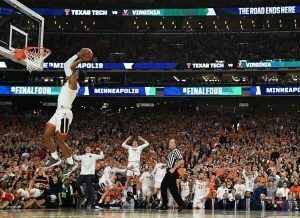 College sporting still remains in question too – last year was extremely difficult with over 130 cancelled games and even toward the end of the year with the go ahead given and safeguards in place there was still plenty of uncertainty around whether or not the majority of games could continue with a more normal schedule – it has already been stated that there will be college football in spring, and especially with a strong testing policy things could certainly move forward – but given early outbreaks and risks with the ongoing pandemic, this could certainly change quickly – especially given this had been an area where cases had seen amongst the fastest growth rates too, and with pressure to keep schools as active as possible this could certainly be an area of concern for sporting moving forward.

The difference this year however is that there are approaches that can betaken that have been proven effective, if there’s an option for the mass adoption of these approaches such as the bubble that had made the NBA so successful then there’s no reason why major sporting can’t succeed throughout the year, but if hopes remain that a more normal approach can be taken then it may not be surprising to see major cancellations and postponements occur once again, particularly when moving away from local or regional play and more toward the traditional approach.

How to Break the Ice on a First Date