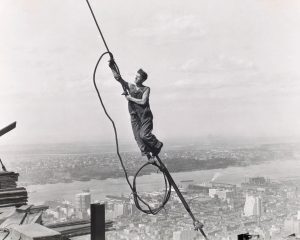 The Gibbes Museum of Art, home to one of the foremost collections of American art, will celebrate the art and storytelling power of film and photography with the launch of an all-new, in-person film series, Gibbes Film in Focus, and a virtual lecture series, Depth of Field: Perspectives on 20th Century Photography. Launching in February 2021, both programs will coincide with the Gibbes’ upcoming exhibition, In Body and Soul: The Figure in Modernist Photography, on display from January 22 – April 18.

“We are thrilled to share the illustrious mediums of film and photography with our community,” says Angela Mack, executive director of the Gibbes Museum of Art. “The Gibbes always strives to inspire and engage our audiences in new ways as well as provide opportunities to learn, discover and experience new art and artists.”

On February 25, the Gibbes will debut Gibbes Film in Focus, a three-part pilot film series that will expand the Museum’s diverse array of educational programming to include filmmaking, offering a safe place to watch great movies in the heart of historic downtown Charleston. To use film as an entry point for engaging people in the power of art and storytelling, the series will also promote culturally significant works by women filmmakers and filmmakers of color. Under the marquee Southern Gothic, this season’s slate of films will explore all the ghost stories, family secrets and dark, romantic mysteries that lurk in the landscape of American cinema. Tickets are $10 for adults and $5 for students and faculty with ID.

On February 17, Depth of Field: Perspectives on 20th Century Photography will bring together scholars from across the country for three virtual lectures that will put the contributions of the lensmen and lenswomen who helped define the 20th century into bold new artistic contexts. Lectures will discuss the emergence of photojournalism as a cultural phenomenon through the photography of Margaret Bourke-White; queer representations of glamour in interwar fashion photography through the work of Robert Platt Lynes; and a survey of the photography of Alfred Stieglitz. The lectures will take place via Zoom and registrants will receive the link one day before the event. Tickets will be $10 for members, $15 for non-members and $5 for students and faculty with ID.

The Gibbes’ upcoming exhibition, In Body and Soul: The Figure in Modernist Photography, features 30 photographs by renowned 20th-century photographers. From Alfred Stieglitz’s intimate composite portraits of Georgia O’Keeffe to Lewis Hine’s depictions of American laborers, modernist-era photographers radically shifted how the human body was captured on film and for what purpose. Employing a variety of techniques from cropping and zooming, to distortion and framing, modernist photographers explored the human figure for social, performative, voyeuristic and documentary purposes. Highlights include the work of Stieglitz, Hine, Berenice Abbott, Margaret Bourke-White, George Platt Lynes and László Moholy-Nagy.

For more information about Film in Focus and Depth of Field, visit www.gibbesmuseum.org.