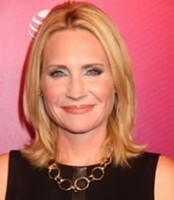 NBC News correspondent Andrea Canning is perhaps one of the busiest reporters in all of broadcast journalism. The 47-year-old Canadian native and mother of six graduated from the University of Western Ontario with a degree in psychology in 1994, studying radio and television arts at Ryerson Polytechnic University (Toronto), before embarking on what has become her passion in front and behind the camera.

Her news career began in Barrie, Ontario eventually making stops in small town Mississippi, Cincinnati, and Palm Beach, Florida before landing as assignment editor for Extra in Hollywood. Her time in southern California paved the way for her to intern on the final years of Baywatch, sharing a house with then unknown Ryan Seacrest.

Her time in the industry, surrounded by enthralling storylines provided Canning material to begin writing made for television movies. Since 2016 she has written or co-written over a dozen screenplays for Hallmark and Lifetime. With her natural good looks and camera presence Canning has been featured in three of the films, playing herself  in the ‘Ruby Herring Mysteries’ on Hallmark Television.

Canning admits it’s a little different acting on camera, as opposed to reporting. “I played the anchorwoman in Ruby Herring Mysteries. I get really nervous with the huge crew around me. With the news, it’s a lot smaller! I feel the pressure to get it right on a movie set and have immense admiration for actors who have to memorize all those lines! Painful!”

According to Canning writing and reporting have been passions for her from an early age. “I love a good story. I always have since I was a little girl. My favorite thing to do was make books and create plays. Now I get to do that for a living! Living the dream.”

Her day job provides Canning with an endless array of material and subject matter. “When it comes to some of my mystery movies for Hallmark and Lifetime, I get inspiration from the cases I cover for Dateline, but I never write movies about the specific cases I report on.”

Having varied interests helps her develops scripts as well. “I think it comes from covering crime, the news and loving pop culture and entertainment. I have such a huge variety of interests when it comes to what I follow.” She adds, “I was a big Lifetime fan and always thought I could write a movie with my knowledge and background. I had never written a screenplay but figured it out quickly.”

Fast forward to 2020 and Canning will soon have a movie connection to Charleston, with her most recent script being filmed in Wilmington, NC and in the Holy City. Hallmark is wrapping up production of ‘USS Christmas’, a yuletide love story following the lives of Navy fighter pilot Billy Jenkins, and news reporter Maddie Contino who have put their careers before their lackluster love lives. The production crew will be in Charleston Sept 28th thru Oct 1st to shoot scenes on the USS Yorktown at Patriots Point.

‘USS Christmas’ hits closer to home for Canning. “As a military spouse, my husband is a Lt, Col. in the Marines Corps reserves and a former fighter pilot, this movie means a lot. It’s probably the movie I’m most proud of.” Paying tribute to those who serve and their families was equally important. “I wanted to do something that would honor the good work of the men and women in the military. Not just those serving, but their wives and husbands and sons and daughters, mothers and fathers.”

Having a large family and being married to a career military man, Canning has first hand knowledge of what men and women in uniform go through. “It’s a stressful job on the whole family. This movie will highlight that stress, but also show that what these men and women do is so important to this country, and how proud we all should be of all of them.”

With her hectic Dateline NBC schedule and family commitments Canning says it’s almost impossible to visit any of the locations her movies film at. “I visit the Ruby Herring set in Vancouver because I play the anchorwoman, and I have only visited one other Lifetime set in Ottawa. Life is too busy with traveling for work and my six children.”

Although Canning will not be featured in ‘USS Christmas’ she has visited the low country on several occasions. “I love Charleston! SNOB is my favorite restaurant in the whole world. The shrimp and grits are incredible. I was there a few times for Dateline and was also there for a change of command ceremony in Beaufort.”

With her television movie writing career on track, does Canning imagine walking away from investigative and crime reporting. “I wouldn’t say anytime soon. I’m enjoying Dateline way too much! It keeps me excited and I get to work with the best people in the business.”

Writing mysteries and dramas for Lifetime and Hallmark may satisfy her creative side, but Canning admits Dateline NBC meets with her curiosity. “I love getting to the bottom of stories and being able to ask the tough questions.” There is another nice perk. “I also get to meet so many wonderful people.”

And what about sharing a house with Ryan Seacrest a couple of decades ago, before he became the media mogul he is today. Canning has fond memories. “It was really a fun time. He’s a great guy!” 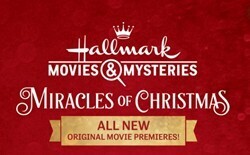 USS Christmas‘ will air over the holidays on the Hallmark Channel with its first air date set for Nov 23rd. Check local listings, and maybe see a bit Charleston or the USS Yorktown in the movie. For those who want to catch Andrea Canning on a regular basis you can watch her on Dateline, airing Fridays and Mondays at 10pm ET on NBC. Lester Holt is the shows current host.

One Broad and Bakers Bar Close Down