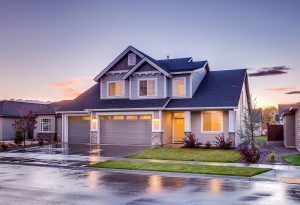 One of the more difficult issues to settle in a divorce can be the matter of who gets the house, as it is often the most valuable asset the couple owns. It can be a simple matter if the court determines that the house is separate property belonging to one spouse. However, if, as is usually the case, the house is deemed to be joint property, it is a little more complicated.

If the decision is left up to a judge, they will probably rule that the house should be sold and the profits split between the two parties. In some cases, however, the judge will rule that one of the parties keeps the house but must buy the other out of their half of the property.  This is more common when children are involved and there is the desire to keep them in the family home.

As with every aspect of a divorce, if you can settle what to do with the house out of court, it will simplify the whole process. You may come up with a creative solution that is outside the box like “birdnesting,” but most of the time a couple will either be faced with one partner buying the other out or selling the house.

Should you decide that you want to buy your partner out of their half of the house, make sure that you are making the decision with your head and not your heart. You can’t let your attachment to your home push you into a decision that you can’t afford.

According to divorce attorney B. Robert Farzad, agreeing to sell your former home will make divorce hurt less for both of you. The simplest agreement you can come to regarding your home is to agree on a real estate agent, sell the home, and split the profits. This issue can be complicated though if you have children, as the loss of their home can compound the distress they may feel from the divorce.

Children and Business Weigh In

If the former spouses decide not to sell the house, then other factors can become prevalent in who keeps the residence. If the house is being kept for the sake of continuity for the children in a tumultuous time, then the house is often bought out by the parent who obtains primary custody. That way there is as little change for the children as possible since they will spend the majority of their time in the house they already know.

Rather than a cash buy-out, if the couple owns a business or other large assets together, an agreement may be reached in which one spouse keeps the house while the other spouse keeps the business. This allows both parties to receive a fair deal without having to go through all the hassle of selling off two large assets.

The court may rule that the house is partially separate property if the investment of one spouse into the home clearly outweighs the other. This can have an impact on the cost of a buy-out or the division of the proceeds earned from the sale of the house. You can look for a houston divorce lawyer if you need help.

It’s best if you can work this out on your own, but chances are if you’re in the middle of a divorce you can’t agree on anything. When that happens, your lawyers and the courts will decide.

Consider These 5 Cities for a Comfortable Retirement in SC, USA