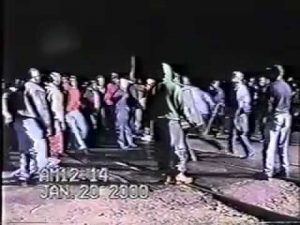 Earlier this month, Mika Gadsden, the founder of the Charleston Activist Network, shared a documentary on Instagram about a topic many residents said they had never heard of. Only two decades removed from the original incident, the story of The Charleston Five seems to have been largely forgotten.


The Charleston Five were five longshoremen – Jason Edgerton, Elijah Ford, Kenneth Jefferson, Rick Simmons, and Peter Washington  – who faced felony charges of conspiracy to incite a riot after a confrontation with police on January 19th, 2000. The men were peacefully protesting a Danish freight company’s use of non-union workers on the Charleston docks when a fight broke out with police.

Their story was told in “The Fight to Free The Charleston 5,” which was produced by Andy Mazur, Luis Caza, Elizabeth Desmond, Paola Pedraza-Rivera, and Elizabeth Stock for a 2012 Penn State class. You can watch the film below.

September is Library Card-Sign Up Month