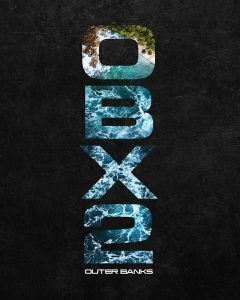 The hit Netflix series Outer Banks, which filmed their first season throughout the Charleston area, is looking for actors and models to work as background actors in the show’s upcoming second season. Filming is scheduled to begin in Charleston on Monday, August 31st.


You may remember that a website purporting to be a casting agency last month claimed to be casting for the series, but was not authorized to do so by Netflix (other similar scams have since been discovered too). Thankfully, we now know that extras casting for Outer Banks will will officially be run by TW Casting.

Although there will be a great need for teens and young adults, TW Casting says there will be plenty of opportunities for all ages to work on the second season of the production. Pay rate is $80 for 8 hours and time and a half for every hour that exceeds the 8th.

If you are interested in becoming a paid extra for Outer Banks Season 2, follow the Facebook page TW Cast And Recruit where you can find instructions on how to submit.

The debut season of Outer Banks was a young adult drama series that the network described as “a coming-of-age story that follows a tight-knit group of local teens (aka The Pogues) in the Outer Banks of North Carolina.” The 10-episode first season premiered on April 15th.
–

OBX S2 LETS GO!!!!
Good Morning to all of our lovely extras!!

College of Charleston Named a Top School by Princeton Review