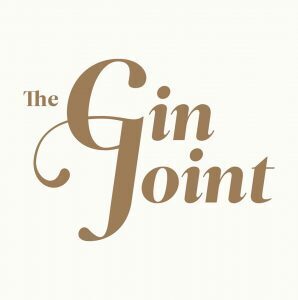 On August 25, 2010, The Gin Joint officially opened its doors to shake and stir cocktails for the Holy City. To celebrate a decade of craft cocktails they’re offering a menu of anniversary throwbacks for $10 from August 12th through August 25th, 2020.

The Gin Joint, a 49-seat craft bar tucked away off East Bay Street, is known for its whimsical concoctions, large selection of rare gins and whiskeys, and cozy atmosphere. However, the most popular feature of the menu may be the “Bartender’s Choice,” where patrons choose simply two adjectives from a list and the bartenders create a drink based on those choices.

The bar is owned by James Bolt and Wells Faiella, who purchased the bar in 2017.

“When we took over The Gin Joint we were already in love with what the bar stood for, and we didn’t want to change that,” Faiella and Bolt said via a press release. “We wanted to continue to share our passion for well-crafted drinks and spirits with our guests.”

The Anniversary Cocktail Menu will feature a variety of favorites from the past 10 years including “Paper Dragon” (Gin, Grapefruit, Lemon, Luxardo, Absinthe, and Tarragon), which the owners describe as “a simple yet fun fruit-forward cocktail with complimenting licorice notes,” and the popular “Around The World in 80 Days” (Rye Whiskey, Genepy de Alpes, Saler’s Aperitif, Burnt Sugar, Cap Corse Rouge, and Angostura Bitters), The Gin Joint’s take on a classic Old Fashioned.

“Since the menu does change so often, we wanted to craft a cocktail menu that celebrates the drinks that made us who we are and our guest talk about years later,” Bolt and Faiella said. “Our 10th Anniversary menu will do just that — pay homage to the bar so many have come to know and love.”

The complete anniversary menu can be found here.

Due to COVID-19, be sure to check the bar’s social media accounts for up-to-date hours of operation. To learn more about The Gin Joint, visit www.theginjoint.com.

SeamonWhiteside Project Named No. 7 in the Nation