CBD products are becoming increasingly popular, but there is a lot that people don’t know about them. With cannabidiol being the primary ingredient in CBD products, there are a number of other compounds that even the purest oils contain. Most people are familiar with THC and CBD cannabinoids, but there are a number of others to inform yourself about. 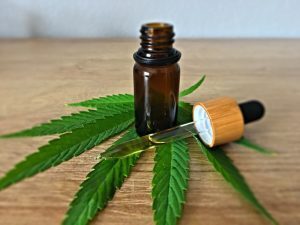 Newer CBD research is showing an increased popularity in using the entire plant to get full and broad spectrum products. Looking at the ingredients of most CBD oil will reveal that they don’t just contain CBD. You can probably notice a number of added flavonoids, terpenes, and a variety of cannabinoids.

For example, take a look at the CBD oils by Blessed CBD. They are full-spectrum, contain many different cannabinoids and terpenes, and they’ve been voted the “best in the UK” by publications such as:

We mentioned Blessed CBD here shortly and it’s only fair we provide you with a basic overview of the company that we recommended. Blessed CBD was formed by a family that simply wanted to make a difference.

As CBD was legalized in the UK, it became apparent that many distributors were out there just trying to make a few bucks rather than delivering quality products. Blessed CBD was appalled by false claims and promises and even more appalled by quality.

So they took it upon themselves to make a difference in their own way. Blessed CBD offers premium oils, gummies, and creams for their customers. Their products are made with the highest-quality of hemp that is raised organically. We like this company for their honesty and their consistency.

CBD and the entourage effect

The creation of something known as the entourage effect has led to the inclusion of various added hemp products in CBD products. Raphael Mechoulam and S. Ben-Shabat have theorized that CBD and its effects become more substantial when they are used in combination with the full range of other hemp products. This basically means that CBD has a natural tendency to work best when paired with the other products that come from its parent hemp plant.

There are upwards of 40 other cannabinoids that can be found in the hemp plant when CBD is extracted from the plant with additional flavonoids, terpenes, waxes, and oils being present within the extracted compound.

What other cannabinoids are present?

While cannabidiol is the most substantial and common phytocannabinoid found within CBD products, we will have a more well-rounded grasp of how it works when we look at its relatives within the hemp plant. This list of four of the most common compounds found within CBD products will show what benefits can be had when you utilize more of the hemp plant’s natural compounds. 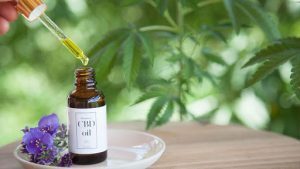 Reducing the components of the hemp plant down to create CBD oil often involves extracting compounds from similar origin points within the plant at once. This is the case for cannabigerolic acid, or CBC, which comes from the same point as THC and CBD.

CBC is actually the third most present cannabinoid product in strains of cannabis even as it has a different way of interacting with the body. Despite it not bonding with the endocannabinoid system receptor CB1 very well, CBC has been shown to bond with TRPA1 and TRPA2 outside the system.

These receptors are part of the transient receptor potential channels that are responsible for maintaining and adjusting temperature changes within the body. The real thing that makes this compound interesting is that it does not interact with just the endocannabinoid system but branches out and affects other bodily systems.

This propyl homologue Tetrahydrocannabivarin, more commonly known as THCV, has a structure very similar to THC. These two substances share a similar structure and base design other than a slight difference. Between THCA and THC, they differ in that they have unique carbon side chains.

Many people confuse cannabinol with cannabidiol, but they are very different compounds. Whereas the other compounds from the hemp plant come directly from the plant, CBN is created when THC is oxidized. When THC is exposed to air, it degrades and turns into CBN with a reduction in psychotropic effects.

Resulting from oxidized THC, CBD is found most often in older hemp plants or baled cannabis that has gone old from long storage. As most hemp will experience at least some exposure to the air, finding smaller amounts of CBN within most CBD oils is very common.

A bit earlier in this article, we mentioned the cannabigerolic acid compound. CBG acid is known as a parent molecule as it is the point where a few cannabinoids are known to be synthesized. Cannabigerol is simply a variant of that module that is non-acidic in its form.

Creating a quality CBD product is no easy task, and we feel having the most relevant and accurate information available is essential to creating a responsible product. A user who is aware of what they are using and being exposed to will be a positive user, so we have worked to create information and ideas to think about for more confidence when buying CBD products. The same applies when buying other products too, such as CBD creams, CBD gummies and CBD capsules. 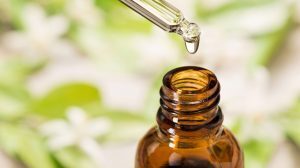 CBD is such a rising industry that there are also a number of other CBD products coming to the market that consumers should keep an eye out for. Everything from CBD creams to cosmetics are becoming more useful and learning about their benefits could help you become a more informed and responsible buyer.

CBD Oil for Dogs? Is It Safe?