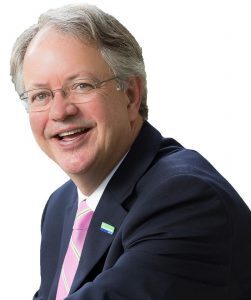 The following speech was prepared for delivery by Mayor John J. Tecklenburg on June 17, 2020, at 3 pm:

Good afternoon. It’s an honor to be with you here today, as we come together on this iconic square not to discard our city’s past, but to honor its lessons, not to erase our long and often tragic history, but to begin to write a new and more equitable chapter.

For generations, the bronze figure of US Senator and Vice President John C. Calhoun has risen high over the peninsula of Charleston, commemorating a man who can rightly be called both South Carolina’s most prominent national statesman, and also its most consequential defender of slavery and white supremacy.

In his own words, “I hold that in the present state of civilization,” Mr. Calhoun argued on the floor of the United States Senate in June of 1837, “where two races of different origin, and distinguished by color, and other physical differences, as well as intellectual, are brought together, the relation [referring to slavery] now existing in the slaveholding States between the two, is, instead of an evil, a good — a positive good.”

That we as Charlestonians must reckon with Mr. Calhoun’s towering and deeply troubling legacy is a given. That we must allow his memorial to continue to divide our city while we do that reckoning, is not a given. And that is why, today, I will be sending our City Council a resolution calling for the relocation of the Calhoun statue to a local museum or other academic institution, where that necessary and long overdue reckoning can truly begin.

At this point, it’s important for our citizens to know that we are taking this action only after careful consideration of the facts of Mr. Calhoun’s life, the explicit duty of care that our city assumed when it formally accepted ownership of the statue in July of 1898, and the state law known as the Heritage Act, which forbids the removal of war-related markers in South Carolina.

And with that legal and historical research now complete, we are confident that, because the statue belongs to the city and rests on ground owned by a private entity, our Council has full authority to order its relocation to a setting where it can be placed in its full historic context. We are also confident that it is simply the right thing to do.

Fellow Charlestonians, five years ago today, our city endured a most grievous loss, as nine beautiful souls were cruelly stolen from us in a hate-filled spasm of racist violence at Mother Emanuel AME church, just a block from where we now stand. But in the days that followed, thanks to amazing Grace and the deep faith of the families of the Emanuel Nine and the extraordinary act of forgiveness that so moved the world, the miracle of grace came upon our city, and set us on the difficult but essential road to racial justice and conciliation.

Five years later, we continue to take our steps on that journey to racial justice and conciliation. But as this remarkable display of unity by our City Council amply demonstrates, we are taking those steps with clear purpose, and we are taking them together as one city — one Charleston.

With this action today, we are shaping that future history for the better. And with the example of the remarkable families of the Emanuel Nine always in our hearts, we are challenged to continue shaping this new history by taking the next right steps toward respect for all, racial justice and equity here in the Holy City.

Thank you, God bless you, and God bless the great city of Charleston, South Carolina.”

Follow us
Related Topics:John C. Calhoun MonumentJohn Tecklenburg
Up Next

Local Musicians Partner To Release “A Time for Change”

Whether you’re a resident or visitor, you can ring in the new year at Wild Dunes Resort, the popular beachside...