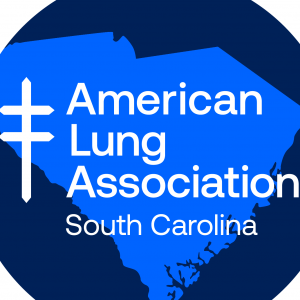 The American Lung Association and its LUNG FORCE initiative is turning South Carolina turquoise during Turquoise Takeover (June 14-20) to raise awareness of the #1 cancer killer of women and men in the U.S. As a sign of hope, landmarks and communities across the nation will be illuminated in turquoise, the signature color of LUNG FORCE. During this challenging time, it’s important for all those living with lung disease, including COVID-19 and lung cancer to feel hope, optimism, and support amidst the pandemic.

“This week we are turning Charleston turquoise to raise awareness of the fact that anyone can get lung cancer, and no one deserves it,” said American Lung Association executive director, Rebecca Balitsaris. “We’re are proud to stand with those facing the disease, particularly during these difficult times and raise funds to support new treatments and better methods of early detection so that we can save more lives.”

Although lung cancer remains the leading cause of cancer deaths among Americans, there has been a dramatic 28% improvement in the lung cancer survival rate over the past 10 years. This encouraging trend is aided by our support of early detection through lung cancer screening and advancements in research, which have resulted in 30 new lung cancer treatments approved by the U.S. FDA since 2016.

During Turquoise Takeover the Lung Association is highlighting the inspirational stories of LUNG FORCE Heroes, those whose lives have been impacted by lung cancer, including local Charleston resident Andrea Serrano. Andrea lost her mother to lung cancer.

“My mother died of lung cancer at the young age of 44,” said Serrano.  “I was only 10 years old when it happened. Her cancer could have been cured if it was detected earlier. I want to represent my state to advocate for more funding for lung disease programs, cleaner air, and affordable healthcare.”

During Turquoise Takeover the American Lung Association encourages everyone to get involved by wearing turquoise, turning their social media profiles turquoise and donating to support lifesaving research at LUNGFORCE.org.

As LUNG FORCE’s national presenting sponsor, CVS Health is committed to raising funds and support for lung cancer education, awareness and research. LUNG FORCE is grateful to CVS Health for more than five years in support of our efforts to defeat lung cancer.