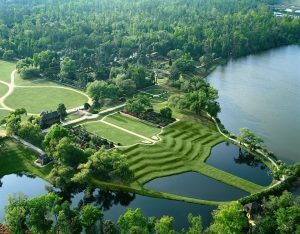 The following is a press release from Middleton Place:

“At Middleton Place, some very careful thought was given to the development of presentations to be shared with visitors on Friday, June 19th. This Juneteenth celebration of the end of slavery in the United States is marked by special events at sites throughout the country.

The Middleton Place Foundation is proud to do its part with programming that not only tells the stories of our past, but does so with an eye towards a future when the promise of Juneteenth finally is kept.

Juneteenth is the oldest known celebration commemorating the ending of slavery in the United States. Dating back to 1865, it was on June 19th that the Union soldiers, led by Major General Gordon Granger, landed at Galveston, Texas with news that the war had ended and that the enslaved were now free. Note that this was two and a half years after President Lincoln’s Emancipation Proclamation – which had become official January 1, 1863.

The reactions to this profound news ranged from pure shock to immediate jubilation. The celebration of June 19th was coined “Juneteenth” and grew with more participation from descendants. The Juneteenth celebration was a time for reassuring each other, for praying and for gathering remaining family members. Juneteenth continued to be highly revered in Texas decades later, with many former slaves and descendants making an annual pilgrimage back to Galveston on this date.

A range of activities were provided to entertain the masses, many of which continue in tradition today. Rodeos, fishing, barbecuing and baseball are just a few of the typical Juneteenth activities you may witness today. Juneteenth almost always focused on education and self-improvement. Thus, often guest speakers are brought in and the elders are called upon to recount the events of the past. Prayer services were also a major part of these celebrations.

Juneteenth today, celebrates African American freedom and achievement while encouraging continuous self-development and respect for all cultures. As it takes on a more national, symbolic and even global perspective, the events of 1865 in Texas are not forgotten, for all of the roots tie back to this fertile soil from which a national day of pride is growing.

On June 19th, adult admission purchased at the Visitor Center (not online) will be 50% off, with similar discounts at other age levels. Credit/Debit cards only, no cash.”

Please see the attached PDF for complete details on this year’s Juneteeth programming at Middleton Place.