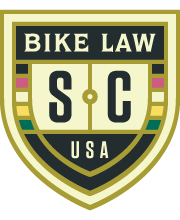 Last week, the Charleston region lost another life. One of our neighbors was bicycling over the North Bridge, and was hit and killed by another neigh- bor driving a minivan. He is the third person to be killed on a bicycle between Azalea Drive in North Charleston and Poston Road in West Ashley since 2015.

This horrific death, like the fatalities and injuries in years past, was entirely preventable through safe, connected and equitable infrastructure. Building and maintaining a bridge or road that does not serve the general public’s ability to safely and lawfully travel is negligent, and no citizen should pay for that negligence with his life. With not even a sidewalk for safe haven, this bridge — for decades — has solely served people who drive cars or can ride a bus during limited hours. Everyone deserves safe access, no matter their transportation mode, time of day or necessity, be it to get groceries, commute to work or school, or visit amenities.

To that end, our coalition has been working to get an updated study funded for equitable access over the North Bridge. The last time this route was analyzed was over a decade ago, and the community, including our government entities, needs to know what safe and accessible designs are viable for this crossing. We expect a funding request for feasibility to go in front of Charles- ton County Council in July. While it’s not soon enough, we are hopeful that Council will grant the request so all relevant agencies and organizations can move forward on protecting the commu- nity’s right to move freely and safely between North Charleston and West Ashley.

Once the study has been funded and conducted, we would like to see the South Carolina De- partment of Transportation (SCDOT) take an active leadership role in this safety project. South Carolina has one of the highest fatality and injury rates in the nation for people biking and walk- ing, and Charleston County leads the state in those rates. Just this week, the agency announced that, despite reduced traffic numbers from COVID-19 affecting their budget, they are moving forward on planned work and have $600M in trust funds. It is beyond time for SCDOT, who owns the bridge and roads on either side, to acknowledge these dangerous conditions and provide equitable and safe access for multiple modes.

Fortunately, addressing the North Bridge connects directly to projects under design study by Charleston County on either side of the bridge: sidewalks on Azalea Drive and multi-modal im- provements at Sam Rittenberg Boulevard/Old Towne Road. Additionally, existing adjacent in- frastructure includes a multi-use path along Sam Rittenberg Boulevard and the Northbridge Park.

Citizens who support the campaign to #BridgeTheAshley can find our petition here: https://charlestonmoves.org/ashley-river-crossings

This petition includes support for the North Bridge to Cosgrove, the James Island Connector and Wappoo Cut Bridge, and the already-funded Ashley River Bridge.

Follow us
Related Topics:Bike Lawcharleston movesNorth Bridge Coalition
Up Next