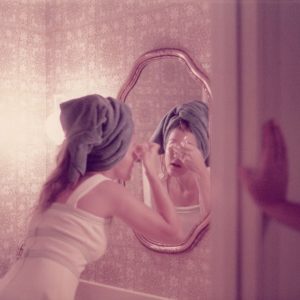 Charleston-based “dream pop artist” Grace Joyner will release her sophomore album, Settle In, on Friday, April 24th. In addition, she’ll play a release show that evening at The Royal American.
Joyner’s solo career began in 2014 and she’s since gone on to make appearances at SXSW, Savannah Stopover Festival, and Fall For Greenville. Joyner’s song “Dreams” appeared in The CW’s teen drama show Riverdale and landed on Spotify’s US Viral chart in 2016 shortly after its release. This helped the song amass nearly 700k spins on Spotify.
Her new album’s first single, “Fake Girlfriend” (listen on Spotify and Souncloud), was released on March 6th. A second single is slated for release in another few weeks.