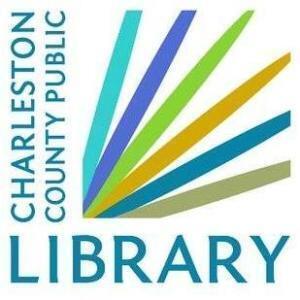 Charleston County Public Library (CCPL) collected more than 700 responses as the library and Charleston County Government leaders plan for the future of the West Ashley Library, which has been experiencing increasing flooding issues.

CCPL and Charleston County Government hosted a community forum on Feb. 11 and performed a survey to collect input and opinions from community members about proposed solutions for ongoing flooding concerns at the branch on Windermere Blvd.

There were 763 survey responses, which included online and paper submissions. A majority of respondents indicated the location of the library (96%) was more important than its size (4%). When asked about the maximum distance patrons were willing to travel if the library were to be moved to a nearby location in West Ashley, about 58 % would travel between one (43%), three (11%) or five miles (5%), while about 42% indicated they were not willing to travel beyond the location of the current site. Respondents also ranked popular and new release titles, the ability to pick up items placed on hold and storytime programs among the top three service priorities, according to the survey results. The survey also showed that access and convenience, access to browsing materials and avoiding flooding closures were among the top three facility-related priorities among respondents. Respondents were also asked to rate the performance of the current branch in several areas. The highest rating was for proximity and location and the lowest rating was for the facility’s interior spacing and furnishings.

“The survey easily conveyed to us that the West Ashley community and surrounding areas love their library. Closing the branch due to flooding is a continual barrier to service to our valued patrons,” said CCPL Executive Director Angela Craig. “Our top priority is to provide equitable, consistent, and safe access to our libraries and resources in all areas of our community. We are focused on how to find the best way to deliver that service to our public.”

The County is currently reviewing all options related to the future of the Windermere library. Charleston County staff is in communications with the City of Charleston regarding planned improvements for the Windermere area. The City of Charleston has funding available and is requesting qualifications from engineering firms to begin studying the area. The expected timeframe for engineering and possible construction is two years. In the survey and in public meetings, residents asked the County to wait on making a final decision about the branch until the City’s drainage improvement process is completed. CCPL and the County agree that is the prudent course.

“The residents of Windermere made it clear they want the library to stay close to home,” said Vice-Chairman Brantley Moody. “We are listening and the County looks forward to working with the City of Charleston on resolutions to drainage in the Windermere area.”

As part of the planning for referendum-funded renovations to the branch, the County retained Liollio Architecture to conduct a feasibility study. This study looked closely at the flooding issues at the branch over the past four years. According to the report, the branch flooded three times and was closed a total of 112 days over the four-year time frame. Over this same period, approximately $157,500 has been invested to repair damage caused by flooding. The Library also spent more than $12,000 on replacing collection items such as books and other materials that were damaged by flood waters. After Hurricane Irma in 2017, the library was entirely flooded by at least 3 inches of tidal, rain and sewer water, and had to be closed for approximately two months for repairs and cleaning.

Follow us
Related Topics:charleston county public library
Up Next