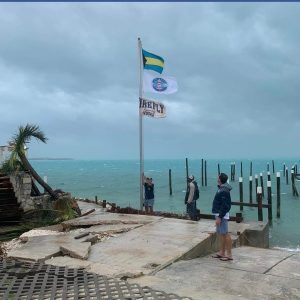 Firefly Spirits last week announced that they had raised more than $21,000 to support Hurricane Dorian relief efforts through a campaign that ran through January 31st, 2020. When Hurricane Dorian struck the Bahamas in September, the founders of Firefly Spirits watched in horror. The small island of Abaco is home to Firefly Sunset Resort, owned by Firefly co-founders Jim and Ann Irvin.

While the resort suffered significant damage, it was able to provide safe shelter during the storm and later served as a command center and volunteer-driven soup kitchen. Firefly staff collected and distributed essential items like water, food, and clothing immediately following the storm.

Second, the company arranged to donate $1 per case of all Firefly Spirits products sold (where permitted by law) through January 31st, resulting in a donation of $21,214. Those proceeds are being directed to the Hope Town Volunteer Fire & Rescue Department, which is focused on assisting the rebuilding and recovery efforts of Hope Town and Elbow Cay.

Segra, RiverDogs Partner for Club Level Sponsorship at The Joe