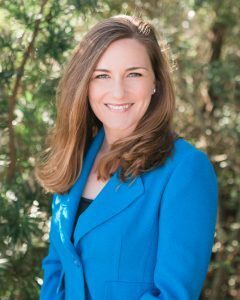 Spencer Wetmore today announced her candidacy for South Carolina State House District 115, made up of James Island, Folly Beach, Kiawah Island and Seabrook Island. Wetmore will run as a Democrat.
Wetmore is currently the City Administrator for Folly Beach, a position she’s had since 2014. Before that, she served as a prosecutor for the Charleston County Solicitor’s Office.

“Our leaders in Columbia are too partisan, too divided, and aren’t getting enough done for the people back home,” Wetmore said. “Working in local government, we don’t have the luxury of wasting time on politics. I’m running to bring a fresh perspective and focus on results.”

Wetmore said preserving the environment will be her top priority.

“We’ve been given this beautiful piece of earth and it’s our job to protect it.” she said.  “This includes fighting against the very real threat of offshore drilling, preserving water quality, and conserving our marshes and dunes.”

Wetmore’s other top priorities include raising teacher pay and tackling traffic and over-development.

“Teachers have been underpaid for decades,” she said. “Traffic is just getting worse and there’s no plan to manage growth. We need change and that’s why I’m running. I’ll bring local government experience to Columbia and work with both sides to find common-sense solutions for the Lowcountry.”

Wetmore is a graduate of Charleston’s Academic Magnet High School. She received a bachelor’s degree from Princeton University and received her law degree from Vanderbilt University. She and her husband Burns live on Folly Beach and are raising two daughters, Brooks and Lola Kate.