All technology tends to improve over time as manufacturers get more and more feedback from their customers and spend more time doing R&D in how to make their products even better. Male masturbators are not exempt from this march of progress, although it has taken slightly longer for these toys to start getting the care they deserve. For the longest time pretty much anything that was an upgrade over the hand was considered “good enough” with little extra work put into it because making it soft and slightly reminiscent of a vagina.

Those days are over though, here are some of the newest improvements to male masturbators that you should be on the lookout for.

The easiest way to make a toy nobody will end up enjoying is by failing to understand the importance of proper airflow. Without the ability for air to enter and exit it’s extremely difficult to actually thrust in and out of a toy. At the same time, a little bit of difficulty in air exchange can create a suction effect that brings the experience to a whole other level. Fleshlight toys have been doing this for some time now with their adjustable air flow caps. By choosing how tightly the end cap is fastened air flow can be customized each and every time the toy is used so that no session is exactly like the last. Be on the lookout for male masturbators that have an air hole you can manipulate to better exploit the power of good suction. 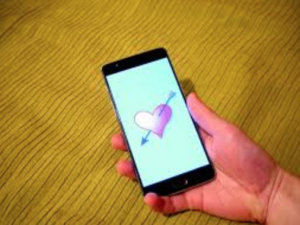 Instead of being stuck with the 4-5 different static settings that come out of the box, users can now finely tune each and every vibration, contraction, or other aspect of the toy with the press of a button. What’s also interesting is that these patterns can be saved for recurring use or even uploaded to the app for others to enjoy. Some toys like the Lovense Max for instance have customized patterns in excess of 30 minutes in length that were diligently hand crafted by some anonymous jerk off wizard. Who’d have thought the digital age and sex tech would get along together so well? 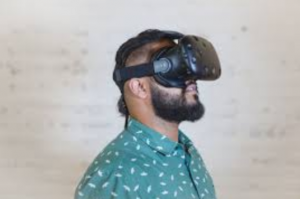 While we’re still on the subject of Bluetooth enabled toys, interactivity is another aspect of male sex toys that is getting a lot more attention now. Toys like the Onyx 2 by Kiiroo, among others, can be synced to pornographic videos to bring the action directly into your home. Before these toys were pretty lackluster in that they just changed the intensity of the vibrating motors inside the toy which really wasn’t something to write home about. Now however you can have these toys give high fidelity responses to what’s on screen in a way that really does convey the intensity of what’s happening on the screen. In fact, most of these toys can respond so well to performers that people tend to stick to performers with a true dedication to their craft because of what it can make these synced toys capable of.

Previously male masturbatory aids focused almost exclusively on the act itself with little care for the consequences. Plain and simple, if a toy does its job there’s going to be some clean up necessary. This is often the least fun aspect of owning a male masturbator since it has to be diligently cleaned and then left out to dry afterwards. Recent toys have a much conceptualization of the fact men are going to have to rinse these toys out afterwards. Toys are easier to clean by being more easily reversible so that every nook and cranny can be washed out without much effort and then quickly hit with a towel to dry. More manufacturers are also using silicone materials that dry out within a minute instead of slower drying materials like TPE.

These four shifts in male sex toy creation are all indicative of an increased desire for these toys to be easy to use as well as effective for a wider range of men. No two men are exactly the same physically and what gets their motor running is just as diverse. Not only that, some common toys have just had fatal flaws for far too long that are finally being addressed. Much needed quality of life improvements have been coming out practically back to back now, expect toys to become a lot more easier to use & maintain as time goes on.

The rise of remote working culture