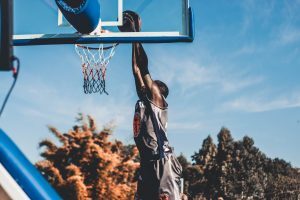 Sports are more exciting than you could possibly put into words. The rush of watching athletes in their prime compete in major competitions is just breathtaking, and the matches are as delightful as they are gut-wrenching at times. Still, if you asked most sports fans after watching their favorite team loses, they’d say that they wouldn’t have it any other way. When it comes to thrills, few sports could ever compete with basketball. It is quite a treat to watch those stars do their thing day in, day out. If you want to try something just as interesting but a bit different though, then you should definitely watch the NBA Slam Dunk Contest, which has been around for over 40 years.

Here is why he won’t do it.

There is no question that Ja Morant’s main reason for opting out of the 2020 NBA Slam Dunk Contest is wanting to stay healthy. Sources claim that his desire is to remain healthy for the duration of the season, which shouldn’t really come as a surprise. The Memphis Grizzlies rookie star had a great last season, but it was marred by some injuries back in November. He had some serious back spasms that ultimately led to him taking a bad fall into the baseline cameraman back in November 25. He has since recovered, and is having a stellar season so far. He has an 18-point average, with 3.5 rebounds and 6.9 assists per game on 49.4% while shooting from the field, 80.4% from the free-throw line, and 40.7% from the 3-point line.

His incredible performance has led many to believe he will definitely get the 2020 NBA rookie of the year award, which is all the more reason for him to want to opt-out of the NBA Slam Dunk Contest and wanting to be healthy. As you can see on Basketballworkouttips, staying in shape to play this sport isn’t easy. It requires a lot of dedicated training and special techniques so you could be in good health and avoid injuries. That means working on your verticals carefully so you could jump higher and land properly. Being healthy when it comes to basketball even has to do with the kind of gear you are using, namely, your shoes. So, it’s definitely not something to be taken lightly. 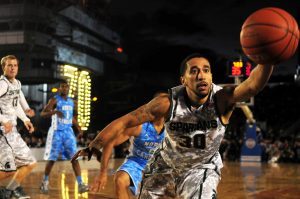 Personal glory and fitness aside, Morant also wants to help his team, which has some very long term goals that they need to achieve together as a group. The Memphis Grizzlies have been having the longest active winning streak in the NBA with a score of 20-22, so the young player wants to help his team continue its winning streak and conquer even more teams rather than prove he could dunk. Morant knows he could dunk, and he knows that everybody is sure of that fact. So, why risk his chances with the team to prove a well-known fact? His star is one the rise, and he stands to do some great things with his team, which could be easily impaired if he got into the 2020 NBA Slam Dunk Contest and got injured.

His decision to back down definitely messes with the NBA’s plans, but the young star rightfully put his team above a contest that wouldn’t do them much good. It’s hard to believe that the slam dunk contest will suffer with already some major names like Dwight Howard and Derrick Jones Jr., but the NBA will definitely need to find a worthy replacement to come instead of Morant. The biggest disappointment, though, is definitely on the fans’ side as the Grizzlies’s star is one of the best dunkers in recent memory, and his prowess is admired by many fans around the world. The young star might have halted is endorsement career, which could have been similar to Blake Griffin’s that too off after his participation in the 2011 NBA Slam Dunk Contest. In any case, Morant’s decision is admirable considering the fact that he put his team’s interest first.

This promises to be an exciting basketball season, with Morant leading his team to some excellent results. The 2020 NBA Slam Dunk Contest will definitely be a success, and it will still be watched by millions of fans, but one thing is for sure, it would have been much more exciting had Morant chosen to participate.

Top Things to Do in Charleston This Summer