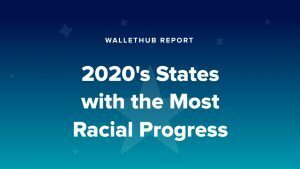 Personal finance website WalletHub this week released its report on 2020’s States with the Most Racial Progress and South Carolina was listed as the 9th best in the country.

To measure America’s progress in harmonizing racial groups, WalletHub measured the gaps between blacks and whites across 21 key indicators of equality and integration in each of the 50 states and the District of Columbia. The data set ranges from median annual income to standardized-test scores to voter turnout.

This report examines the differences between only blacks and whites in light of the high-profile police-brutality incidents that sparked the Black Lives Matter movement. Wallethub released this report to coincide with the holiday honoring Dr. Martin Luther King Jr., who played a prominent role in the Civil Rights Movement to end segregation and discrimination against blacks.

Note: All of the following comparisons refer to the gaps between whites and blacks over time:

The Darling Oyster Bar is Expanding to Savannah

Add Another Blue Ribbon: Recovery Room is Once Again the Country’s Top Seller of PBR