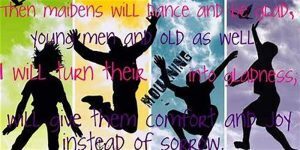 The Lonon Foundation, a Charleston nonprofit that provides resources to children affected by their parent or caregiver’s cancer, has been chosen as beneficiary of an event created by a local eighth grader being held on Sunday, January 19th from 1:30 pm to 4:30 pm at Dance Conservatory of Charleston.
“A FUNraiser for The Lonon Foundation-Stand By Me: A Day to Lift Up and Love,” hosted by Colleen Underriner, student of the Dance Conservatory of Charleston, will feature a fun-filled, artistic day featuring hip hop classes by Dance Conservatory of Charleston, acting classes led by students of Charleston Academy of Musical Theatre, a craft room where participants will decorate pointe shoes and hip hop hats, and a performance/reception to round out the day.
Underriner, an eighth grader at Christ Our King Stella-Maris School in Mount Pleasant, came up with the fundraiser idea for her service project after losing her father when she was just six-years-old to cancer.
“My passion and my gift from God is my ability to dance and to find joy in performing for others be it dancing, acting, or singing,” Underriner said. “When my father first died, I benefited greatly from the healing powers of dance, theatrical expression, and artistic play. I was helped by many of my teachers and mentors during my time of grief. So, I thought I would use my gifts and love of dance and theatre to ‘pay it forward’ – to help children like myself experience some joy and happiness during their time of sadness.”
The Lonon Foundation, a local 501(c)(3), helps children like Underriner who have been affected by their parent’s cancer diagnosis. Since 2017, The Lonon Foundation’s UPLIFT Program has been holding monthly events, August through May, for children 5-to-17-years-old who are dealing with the stress of having a parent fighting cancer, or losing a parent to cancer. Each month’s event is free to program participants and hosted at local fun, kid-friendly spots throughout the Lowcountry.
All proceeds from Underriner’s fundraiser will go to the UPLIFT Program and the children it supports. Underriner has already secured support from Dance Conservatory of Charleston, Charleston Academy of Musical Theatre, Allegro Dance Shop and Capezio Shoes. She invites supporters and community members to reach out if they are interested in supporting this event. To become a sponsor, or to donate items for the event, contact Colleen Underriner: cpunderriner@gmail.com / 847-313-0953.
Find tickets for the event at https://www.eventbrite.com/e/85638580299. Seats are limited to 40 children. Tickets are $25.  Lunch will be provided to participants.