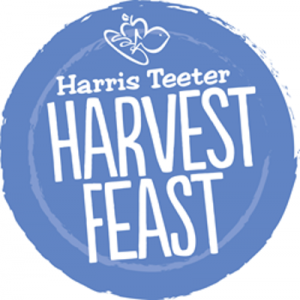 Now through December 31, 2019, Harris Teeter is hosting Harvest Feast — an annual fundraising drive to aid local hunger relief efforts throughout its market areas. Throughout November and December, Harris Teeter invites its shoppers to round up their transactions at check-out to benefit its hunger-relief partners. All Harris Teeter store round up proceeds in the coastal counties of South Carolina will benefit the Lowcountry Food Bank.

“Our long-time friends, Harris Teeter, make a significant difference for those who struggle with hunger in the Lowcountry,” said Pat Walker, Lowcountry Food Bank President and CEO. “In addition to the round up campaign, Harris Teeter associates will once again assemble and donate 2,000 holiday dinner bags in Charleston for distribution to our partner food pantries this fall. We greatly appreciate their partnership in the fight against hunger.”

Last year, the Harvest Feast campaign collected $680,000 total, producing more than 6 million meals for people who face hunger. The success of the campaign hinges on the generosity of Harris Teeter loyal shoppers and valued associates. No donation is too big or too small, and Harris Teeter hopes for continued, strong participation in 2019.
–
Press Release