Charleston has and always will be a food and beverage city. Traditionally low country restaurants only offered brunch on Sundays, throwing open their doors typically 10am-3pm to attract weekenders who wanted a nice mix of breakfast lunch. But with all the accolades Charleston has received over the past few years, including the food & bev industry, it began to pave the way for more brunch style eateries, serving up morning fare seven days a week.

Fast forward to 2019, and the tri-county is speckled with brunch cafes from Summerville to downtown Charleston, and from Mount Pleasant to West of the Ashley. You can get an old school breakfast, eclectic menus, or dine at places that celebrate a southern staple, the biscuit. Surprisingly with all the growth west of the Ashley, there were only a few places in the western part of the Holy City catering to early and midday fare. 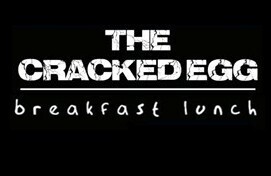 Now under new management ‘The Cracked Egg’ re-hatched (pun intended) in September, with new owners Greg and Ellen Leonard promising to bring community flavor (another intended pun) back to the friendly café’ at 1662 Savannah Hwy. Colorado native Greg, and his cheerful wife Ellen from Tennessee have been in Charleston for a few years, and brought new life to Big Billy’s Burgers behind the North Charleston Coliseum on International Blvd.

Although neither had real background in restaurant hospitality, they did have a passion for food, customer service, and owning their own business. With Big Billy’s growing steadily, they discovered the owner of The Cracked Egg was looking to sell, so they scrambled (last pun) their resources, and decided to make a hard-boiled (oops) gamble, one that appears to be working out.

The former owner cracked (ouch) open the doors back in January of 2019, but for whatever reason, mostly due to his Bluffton residence and three similar eateries in greater Bluffton, he decided it was too hard to operate a fourth business two hours away. Much to the delight of the Leonard’s, they assumed the business under the same name, making subtle changes, providing West Ashley residents another breakfast spot at the crack of dawn. Well maybe not at the crack of dawn, but between 7am-2pm seven days a week, depending on how early the rooster crows.

If you enjoy a good old stick to your ribs breakfast and lunch menu than The Cracked will satisfy your craving. While there might be a few items on the bill of fare appealing to vegans, or gluten-free types, The Cracked Egg really celebrates old school menus, the kind your parents and grandparents enjoyed at roadside diners all across the country back some 40 and 50 years ago.

Of course they have a kids menu, and serve up a few variations of diner staples, but safe to say if you love eggs, bacon, sausage, grits, and breakfast pastries, than The Cracked Egg is your kind of eatery. Hearty and traditional appetites are always welcome at The Cracked Egg. 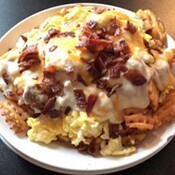 The Trainwreck is an off the rails colossal amount of food. Great as a hungry-man meal or breakfast for two. It comes in two flavorful options. Choose either waffle fries or seasoned grits as your base, as they pile on a heaping amount of scrambled eggs, bacon, shredded cheese, and sausage gravy until it’s overflowing the plate. It’s like a volcano of food. If it doesn’t fill you up, than your stomach is an endless abyss.

The Kitchen Sink is a everything but the sink, and another enormous plateful of morning comfort food. Two eggs any way you want them, surrounded by both bacon and sausage (double the pork) with your choice of home or waffle fries or grits, nestled next to a couple of oversized pancakes. Ultra filling and big time delicious!

Maybe you’re the type who likes dessert for breakfast, not that there’s anything wrong with it. To satisfy the sweet tooth you have many choices, but might I suggest the Stuffed French Toast. Golden toasted brioche bread crammed with mascarpone (sweet Italian cream cheese), drenched in honey cinnamon butter, drizzled with salted caramel, and topped with fresh strawberries. Served with the breakfast meat of your choice. Off the charts, LUSCIOUS! The Honey Cinnamon French Toast will equally satisfy your sugary appetite.

The Cracked Egg offers up 16 signature breakfasts that satisfy either sweet or salty cravings. Pancakes, omelets, and breakfast burritos, alongside four scrumptious starters that include biscuits & sausage gravy or waffle fries covered in sausage gravy. The School House Omelet is sure to help promote your early morning brain activity. A three egg omelet loaded with your choice of meat and veggies, complete grits, waffle or home fries.

While more than 75 percent of the kitchen orders revolve around breakfast, The Cracked Egg does serve up lunch items. That’s the ‘unch’ side of ‘brunch‘. They offer a nice array of classic sandwiches including an All American Cheese Burger, a grilled chicken breast sandwich, and the old standby the BLT. Perhaps you prefer to dine with a fork, than I offer up the Steak & Cheese Potato. Simply a baked spud split open covered in grilled steak, onions, peppers, and mushrooms, all blanketed with melted provolone. Let’s call it an Idaho version of the cheese steak without the bread.

Maybe it’s 10am and you’re torn between having a late breakfast or an early lunch. Problem solved! Just chow down on the Breakfast Burger. They’ve become all the rage. A juicy all beef burger layered with bacon, cheese, and egg. It’s sure to help you get charged up for the rest of your work day.

The Cracked Egg isn’t fancy but it checks all the right boxes. They serve up great comfort food from 7-2pm seven days a week. They provide friendly service in a clean and welcoming atmosphere. And they are priced fair. With a few exceptions all the entrees come in under $12. They offer a kids menu under $6.50.

If you enjoy a classic all American breakfast than The Cracked Egg is all it’s cracked up to be. Basically Greg and Ellen want to wow you with hearty meals and exceptional customer service. That is all anyone wants when they go out to eat. The Cracked Egg report card gets all A’s. Try them at 1662 Savannah Hwy in West Ashley, just down the road from Hudson Nissan of Charleston. 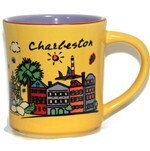 The décor’ is very laid back and very clean, a cross between your mom’s kitchen and the old fashioned diners of yesteryear. Bring in your favorite vessel for drinking piping hot joe, and let them add your coffee mug to the wall. They will happily take care of it and present it to you every time you come in for a meal. You’ll have a bit of you’re own kitchen in their dining room. Now that’s comforting!