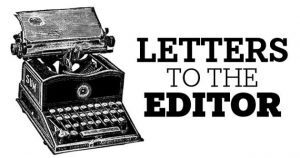 The following is an unedited “Letter to the Editor” provided by a Holy City Sinner reader:

The Charleston mayoral race for 2019 is on fire. But, I want to speak to the real fire that has been burning for the past four years, the one in the heart and soul of Mayor John Tecklenburg. He is not only ‘Fit to Lead”, he has shown over and over again, that he is not empty rhetoric nor just invested in racing before us like someone intent on making good time on the Bridge Run, but rather, he is strong enough, confident enough, caring enough, understanding enough, to run side by side with every citizen in Charleston county.

There hasn’t been one cause, one group, one demographic, one population, that the Mayor hasn’t heard, been witness to, and offered thoughtful consideration and support. Its 2019, take a look around. We need a leader who is invested in community, whose vision goes beyond special interests, whose integrity and character is only rivaled by the depth of his vision, and that man is John Tecklenburg. Anyone with eyes to see can see that his spirit is aligned with the spirit of this city, her history, her struggles, and her growing pains. And he has for the past four years concretely placed deep roots to facilitate the changes needed for both improvement and growth.

Charleston is growing exponentially and our needs are as well. Mayor Tecklenburg has laid a foundation on so many levels that has already bore fruit. To stop now would be a great disservice to the people of this region, and not only our city but the state of South Carolina. What is worth noting is that instead of speaking to what some of the other candidates plan to do, their vision, some speak only in terms of criticism. Relentless and ongoing criticism of a man and administration that have made great headway and have created tangible results. And the criticism is leveled personally, against his dedication and character. And this speaks volumes, not about our mayor, but about the voices of dissent.

The very moment I met John Tecklenburg and his dynamic and caring wife, Sandy, it was as if not only a breath of fresh air walked past me – but two bright lights. And I have in these past four years, been first hand witness to their spirit. And spirit is a word that needs to be said and it needs to be valued. They, simply, care.

The verbal attacks against our mayor, the unfounded assumptions, the meritless accusations, are nothing more than smoke and mirrors and an attempt to distract from the accomplishments that have already been achieved. Accomplishments that are not necessary to list verbatim here. They are public knowledge. Instead, I choose to voice a very simple truth: the right man for the office of Mayor of Charleston, is the man in office. The one who has spent four years giving his heart and soul to our city, and not only for his own glory or betterment, but for the betterment of every citizen he represents. He is not here to win the race and look back at everyone whose time he bested. He is a true leader, one whose greatest victory is winning the race by bringing everyone else to the finish line right beside him.

Follow us
Related Topics:letter to the editor
Up Next

The Charleston Battery Leaves Behind Stadium