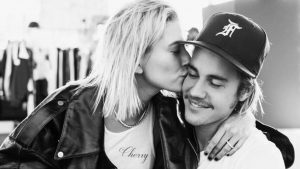 Superstar singer Justin Bieber and Hailey Baldwin Bieber, a model and TV personality, are reportedly planning a wedding in South Carolina. The couple were legally married in a New York courthouse ceremony in September 2018, but they have been planning on throwing a celebration with their family to mark the occasion.


Celebrity gossip site TMZ says they got a “sneak peek at the comic book-style” save-the-date announcement card, which doesn’t offer too many specifics, but does say the wedding will take place on September 30th in South Carolina.

Some media outlets are reporting that the Biebers will wed at Montage Palmetto Bluff, a luxury resort located on the May River in Bluffton, because the couple was spotted there on August 12th. A photo posted on Twitter shows the couple roasting s’mores at a venue that appears to be Palmetto Bluff.

Want to visit the property that the Biebers are likely getting married at? A great time to do so will be during the May River Music Festival (9/20-21), a weekend event dedicated to bringing singers and songwriters together along the banks of the river.

South Carolina is no stranger to celebrity weddings. You may remember when actors Ryan Reynolds and Blake Lively wed at Boone Hall Plantation back in September 2012.