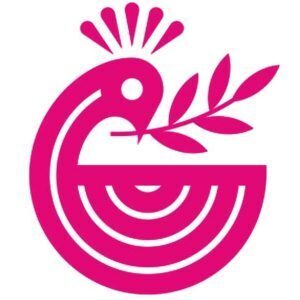 Bibelot, a shop of rare artifacts, antiques, and treasured artisan-quality furnishings from around the world, opened for business last week at 1147 Bowman Road in Mt. Pleasant.

Owner Helen Rutledge is the former Development Director for the Historic Charleston Foundation. Rutledge said she always knew she wanted to be in the design field when the opportunity arose to purchase the eclectic, one-of-a-kind business, which is now Bibelot.

“I have been looking for this all my life,” Rutledge said. “Everything has led me to this point.”

The Alabama native’s love for fashion drew her to New York where she worked for powerful fashion designer Diane von Furstenberg before exploring her passion for cooking. After working as a chef in several restaurants in New York City, her journey led her to Charleston where she worked as a marketing and public relations professional for a restaurant company.

But her heart was in art. She grew as the Development Director for the Historic Charleston Foundation and started the Charleston Antique Show.

The stories those art pieces told enveloped her heart. She began touring antique shops throughout Mount Pleasant and Charleston, and found herself visiting William Musser’s shop off Interstate 526 and U.S. 17.

“Billy Musser had this amazing collection, where just about each piece told an intriguing story,” Rutledge said. “He had an eye for art and an appreciation for the history behind each piece. I think that’s part of why he had such a tremendous following.

“I was shopping at his place one day and he said, ‘You don’t want to buy an antique shop, do you?’ and I said, ‘Actually, I do.’ It sounded so ludicrous that I came back the next day because I bought a Chinese screen and I had to bring a moving truck. Then I came back every day to see what owning the business would look like. We kept texting back and forth until he typed up his inventory with prices and I brought by a check, and the deal was made.”

Bibelot (pronounced Bib-eh-low), defined as an object of beauty or rarity, features one-of-a-kind furnishings from more than a dozen countries in a spacious shop that allows commercial and home designers as well as the public to imagine the piece in their own home or office.

Rutledge said it’s a culture started by Musser with her own twist of a “1970s hippy vibe where there’s music playing and you can spend a day getting lost looking at everything.”

“You don’t feel like you are walking into an art gallery on downtown King Street. We make you feel like you are welcome,” Rutledge said. “What I wanted to create was this timeless world where different cultures and periods co-exist together. Time travel to a world that never was – part hippy beach in Mexico and 1870s Europe and turn-of-the-century Southeast Asia. It’s a world that doesn’t exist.”

“A certain core dining audience – especially millennials and younger generations – actually cite the ‘Instagram potential’ of a restaurant,” she said. “All else being equal in food quality and customer service, a more quirky and photogenic space enhances the likelihood patrons will frequent a certain restaurant. Bibelot’s unique architectural elements can actually make the décor ‘social media worthy’.”

Rutledge is already getting a sense of her customer base as dozens of cars have come to Bibelot while she was preparing for the opening.

“Some of our customers are antique savvy, and some need our assistance in visualizing the piece in their place of business or home,” she said. “They know that they want something different, but they don’t know what it is. That’s where we step in. We’re unapologetically eclectic. We cater to the curious.”