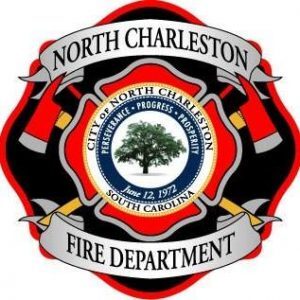 With the Fourth of July fast approaching, indulging in fireworks and barbeques often top the list of activities to enjoy. To help everyone do so safely, North Charleston Fire Department is reminding people about potential Fourth of July fire hazards and providing tips and recommendations to minimize them.

Fireworks: The National Fire Protection Association (NFPA) recommends that revelers refrain from using consumer fireworks and attend public fireworks displays put on by trained professionals. Fireworks annually cause devastating burns, injuries, fires, and even death, making them too dangerous to be used safely by consumers. On Independence Day in a typical year, fireworks account for nearly half of all reported U.S. fires, more than any other cause of fire.

The Consumer Product Safety Commission reported these firework-related injuries in 2017:

Grilling fire safety: According to National Fire Protection Association, July is the peak month for grilling fires. Grills should be placed well away from the home or deck railings, and out from under eaves and overhanging branches. The grill should also be a safe distance from lawn games, play areas and foot traffic. Keep children and pets away from the grill area. Have a three-foot “kid-free zone” around the grill. Keep your grill clean by removing grease and fat buildup from the grates and trays below. And never leave your grill unattended.

Follow us
Related Topics:july 4thnorth charleston fire department
Up Next

Michael’s on The Alley to Close Wednesday, Will Open as New Concept