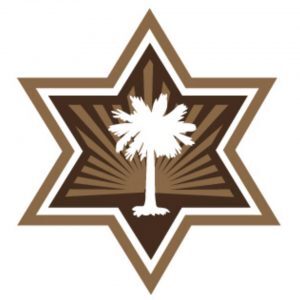 The Jewish Historical Society of South Carolina (JHSSC) will debut the new exhibit “A Store at Every Crossroads: Documenting the Stories of South Carolina’s Jewish Merchants” on Saturday, May 18th, during the JHSSC’s 25th anniversary celebration. The exhibit will be located at the College of Charleston’s Marlene and Nathan Addlestone Library and will run through December 1st.

The exhibit is a component of The Jewish Merchant Project, which documents the merchant experience through a statewide survey, a website featuring an interactive map, illustrated narratives, and the exhibition.

“For more than 300 years Jewish people have made their homes in South Carolina,” Lynn Robertson, curator of the exhibit, said. “Originally welcomed as traders and merchants, they settled first in Charleston, Georgetown, and Beaufort, but soon looked beyond these cities for opportunities to sell goods and set up shop. After 1865, Jewish merchants – many of German origin – filled the commercial gaps on main streets left by the economic upheaval of the Civil War. Beginning in 1881 the mass immigration of East European Jews to America brought these newcomers to the South as well. Many, supplied and guided by regional wholesalers, began their life in America as peddlers. By 1900, Jewish-owned stores were fixtures on downtown streets in cities as well as in small towns across the state.”

Robertson lamented that, “More than 100 years later, few of the founding families remain behind the store counter. That is why it is an important goal of the Jewish Merchant Project to connect with the memories of the descendants of those pioneering families in order to capture a fuller understanding of Jewish life in our state.”

The Jewish Historical Society of South Carolina was founded in 1994 to encourage the collection, study, and interpretation of South Carolina Jewish History and to increase awareness of that heritage among Jews and non-Jews. The Society holds twice-a-year meetings, publishes a biannual magazine, and maintains an active website (jhssc.org). The major research initiatives are under the auspices of the Jewish Heritage Collection, housed in Special Collections at the College of Charleston’s Marlene and Nathan Addlestone Library. To date, more than 500 oral histories pertaining to South Carolina’s Jewish history and culture have been recorded. For membership information, visit jhssc.org.