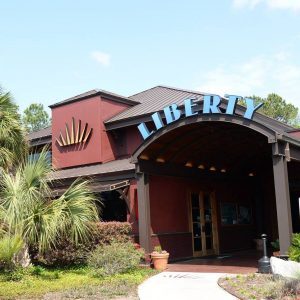 After a decade of serving Mt. Pleasant, Liberty Tap Room & Grill is closing. Co-owners Jerry Scheer and Mark Cumins this week announced the restaurant, located at 1028 Johnnie Dodds Blvd., will close its doors on Friday, April 26th after dinner service.


The neighborhood restaurant has been an East Cooper fixture for almost 10 years and has been in the Homegrown Hospitality Group for almost 25 years, as it was previously a TBonz Gill & Grill.

The owner said the decision to transform the space was “reached after receiving a steady increase in inquiries for an event space.” The owners plan to explore rebranding the 8,000-square foot restaurant into a venue for private parties, wedding receptions, and dinners.

“We have loved serving the Mount Pleasant community for almost 25 years, as both TBonz and Liberty Tap Room, but we have listened to the requests and think transforming the space into an event venue will better suit us a company and the surrounding neighborhoods.” Homegrown Hospitality Group Marketing Director Emmy Scott said.

Follow us
Related Topics:closingsliberty tap room & grill
Up Next