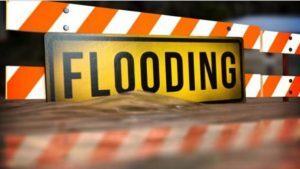 City of Charleston officials are preparing for possible flooding in the morning due to the anticipated combination of high winds, high tide and heavy rainfall. Commuters should be prepared for the possibility of temporary road closures in several areas of the city.

Moderate to heavy rainfall is expected between 5 and 9 am, with high tide predicted to peak at 7:15 am near 7 feet. Sustained northeast winds between 20 to 30 miles per hour, with gusts over 40 miles per hour are also forecast.

“This appears to be a powerful storm, and depending on rainfall levels, we could see significant local impacts during rush hour. Motorists are advised to use caution and consider alternate routes,” said City of Charleston Director of Emergency Management Shannon Scaff.

Based on data collected during recent flooding events, citizens are cautioned that the following intersections and areas may be impacted:

Road closures will be updated throughout the morning on the city’s road closure map, which can be viewed here: http://gis.charleston-sc.gov/road-closures.

Follow us
Related Topics:charleston floodingCity of Charleston
Up Next