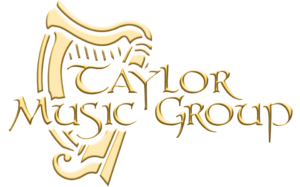 The Taylor Music Group (TMG), a leading Charleston arts organization focused on the blending of classical and folk music, announces its annual popular St. Patrick’s Day concert on Sunday, March 17th at 3 pm at Circular Congregational Church. The concert will feature Na Fidleiri, Charleston’s renowned Celtic fiddling ensemble, and Champion Dancer Addie Bacharott from the Legacy School of Irish Dance, with cameo appearances by members of the Taylor Festival Choir. Na Fidleiri, led by Mary Taylor, will perform a mixture of lively Irish jigs and reels, along with plaintive ballads and airs and audience sing-alongs.

“Since I was a child listening to Irish music in my home and going to church with my parents, St. Patrick’s Day has been an incredibly important celebration in my life,” says Mary Taylor, founding director of Na Fidleiri. “My husband Rob and I are always so excited to put together a new collection of Irish dances and songs to present to the Charleston community on this special day. We plan to give our audience some of their perennial musical favorites, but we also have some fresh surprises in store as well.”

Tickets for the Charleston concert are $25 general seating and $35 preferred seating and $15 students. Tickets can be purchased at www.tmgcharleston.com and at the door.

The Taylor Music Group (TMG) is a non-profit umbrella organization hosting sister ensembles Na Fidléirí and the Taylor Festival Choir (TFC). Led by Robert Taylor, DMA, TFC performs the finest choral literature from all eras, with particular emphasis on music of the 20th and 21st centuries, and folk music from the Celtic nations. Personnel in the ensemble include conductors, educators, performers and professionals from throughout the United States. TFC serves as the professional choir-in-residence at the College of Charleston. It presents a full concert season in the Charleston area, and serves as the flagship ensemble for the Piccolo Spoleto Celtic Arts Series.

The two ensembles are united by the same core values: TMG believes that the connection between “high art” and “art of the people” is a sacred one that is vital for the continued viability of all art. TMG also believes that the performing arts are inexorably linked to arts education and instruction. With programmatic activities, both performing and educational, TMG brings its mission to life in the Lowcountry and across the nation.

The group’s members are diverse and reside throughout the Charleston-metro area. The ensemble has a performing repertoire of more than 50 tunes, primarily Irish in origin, performed entirely from memory with traditional accompaniment. Na Fidléirí has performed throughout Charleston and the Southeast. It toured Ireland to critical acclaim with its sister ensemble the Taylor Festival Choir in the summer of 2013.

Na Fidléirí has been featured in numerous regional festivals, including the Swannanoa Gathering, the Augusta Irish Festival, the Savannah Irish Festival, the South Carolina State Fair, and the International Festival at Francis Marion College. It has been featured as the headliner with the Charleston Symphony Orchestra’s St. Patrick’s Day celebration in a performance that was described as “a most delightful evening of first-rate entertainment full of Celtic pathos and toe-tapping Irish energy” (The Post and Courier, Charleston). A regular performer at the Charleston Piccolo Spoleto Festival, Na Fidléirí has been the opening act for well-known artists such as Celtic Rhythms from County Clare, Ireland and Irish Tenor John MacNally. In keeping with the group’s civic-minded mission of giving back to the community, Na Fidléirí performs outreach concerts at area schools.

Follow us
Related Topics:Circular Congregational ChurchTaylor Music Group
Up Next