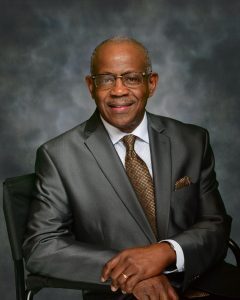 Tri-County Cradle to Career Collaborative, a non-profit organization that works to improve educational outcomes for all students, has added a new board member.

On December 19, the TCCC Board of Directors elected Rev. Nelson B. Rivers, III – pastor of Charity Missionary Baptist Church in North Charleston and vice president of religious affairs and external relations for the National Action Network – to serve a 2.5-year term.

Rivers was ordained at the Olivet Baptist Church of Christ in Georgia and has preached at churches in 23 states. He became pastor of Charity Missionary Baptist Church in the Liberty Hill community of North Charleston in September 2008.

Rivers joined the National Action Network in July 2014, and he spent nearly 40 years working in various positions at the National Association for the Advancement of Colored People (NAACP), including as president of the North Charleston Branch, executive director of the S.C. State Conference, director of the Southeast Region, vice president of field operations and chief operating officer.

Rivers was a leading organizer of a civil rights demonstration in January 2000, when more than 50,000 marched to Columbia to demand the removal of the Confederate flag, and he was there in 2015 when the flag was removed from statehouse grounds.

He received his bachelor’s degree from Wilberforce University in Ohio and is pursuing his Master of Divinity at Erskine Theological Seminary in Due West.

“I am very pleased to welcome Rev. Nelson Rivers, III, to the board. I have no doubt that his experiences in civil rights activism and grassroots organizing will bring valuable contributions to our work going forward,” said Anita Zucker, CEO of The InterTech Group and chair of the TCCC Board of Directors. “I look forward to working closely with the reverend on ways we can improve educational outcomes for all students.”

About Tri-County Cradle to Career Collaborative

Tri-County Cradle to Career Collaborative (TCCC) is a community-wide movement in Berkeley, Charleston and Dorchester counties, South Carolina, focused on improving the quality of life of its citizens and its workforce through education. Using data and focused community collaboration across a continuum from “cradle-to-career,” TCCC serves as a catalyst for widespread, systemic change, with the ultimate goal of increased success and economic prosperity for all.