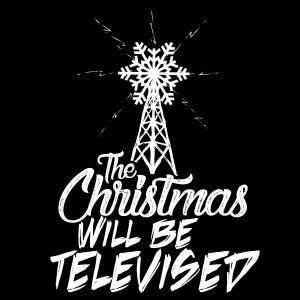 Comedian Andy Livengood is back with “The Christmas Will Be Televised!,” his hilarious whirlwind show about holiday pop culture. Returning for it’s 9th year, this performance has become a bit of a Christmas tradition in Charleston.

“There’s a bunch of people who come back every year,” Livengood said. “There’s even a growing number of people who dress up in ugly Christmas sweaters to come to the show.”

Livengood used his pop culture obsession to immerse himself in every Christmas special ever made. This is a man who knows every Christmas TV show and movie by heart and will break them down for you in this award winning one man comedy show.

The show was co-written by Livengood and Greg Tavares (The Have Nots!), the latter of which also directed the performance. It explores the changing experience of celebrating the holidays as a child verses as an adult. The show features The Grinch reimagined as a rap song, a lightning fast take on A Christmas Story, and the Christmas Carol/Star Wars mashup we never knew we needed. 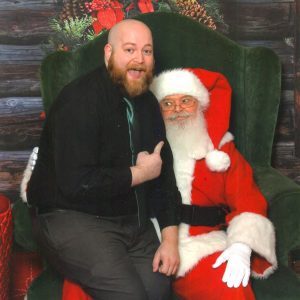 In 2011, The Christmas Will Be Televised was voted the “Best Play of 2011” in the “Best of Charleston” issue of The Charleston City Paper.

Livengood (left) is an actor, comedian, and storyteller who has  performed for over a decade at Theatre 99. He is a graduate of the Theatre 99 training program and has studied at the Upright Citizen’s Brigade Theatre (NY) and The Annoyance Theatre (Chicago). In 2010, Livengood was voted Charleston’s Best Comic by the readers of The Charleston City Paper.

The Christmas Will Be Televised is back at Theatre 99 on Thursday, December 20th at 8 pm and Friday, December 21st at 10 pm. Tickets are $10 and can be purchased here.

The Theatre 99 website describes the show as follows: “Andy is at his parent’s house for their annual Christmas Eve party. It’s one of those fun types of holiday parties with no music, no booze and dad reading chapters from the Bible. There is only one way not to run screaming from the house – immerse yourself in Christmas TV specials. Andy has watched every Christmas themed TV show and movie so many times he knows most of them by heart and he’ll break them down for you. Oh yeah, this is a one man version of Charlie Brown, The Grinch, and Ebenezer Scrooge like you’ve never seen them before. Drop the kids off at grandma’s because nothing’s sacred in this high-energy romp through all of the holiday classics.”

This show contains strong language and may not suitable for all audiences.
–

The Charleston Christmas Special Gets You in Holiday Mood

Curious Benefits Dispensary Pops-Up in Avondale for All Things CBD