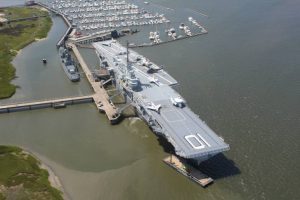 The museum is an official Regional Site for the observance of Veterans Day on Sunday, November 11th. Below is a list of events held at Patriots Point over the next several days.