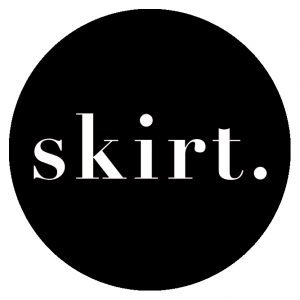 Skirt! Magazine today released a statement regarding the inclusion of Mike Ray in their most recent issue. On Friday, Ray, the owner of One Broad and Normandy Farm Bakery, exposed himself at an event celebrating female artisans. He has since stepped down from both restaurants.
The following is Skirt! Magazine’s statement:
“Skirt! Magazine was confronted with an incredibly difficult situation this week after we learned that a police report had been filed accusing One Broad and Normandy Farm Bakery owner, Mike Ray, of exposing himself at a party hosted by four women-owned businesses. Mike Ray is the subject of a profile in our November food issue. The story was assigned, reported and written weeks ago, and the magazine had been printed by the time the incident occurred Oct. 26. We at Skirt magazine were horrified when we read of the incident the next evening in The Post and Courier. We in no way condone this behavior. It is in direct opposition to our 24-year mission of celebrating and empowering women. No one wanted this article to appear in our magazine. Our staff and publisher carefully considered all of our options including holding and reprinting the entire magazine, but it would have been cost-prohibitive and detrimental to our ability to continue our business and our mission of supporting women. We feel awful that some might read this article and be offended or disappointed; we are offended and disappointed by Mike Ray’s actions. We remain steadfastly committed to standing up for women who are harassed or made to feel uncomfortable or powerless by men who fail to respect women and who fail to understand the consequences of their actions.”