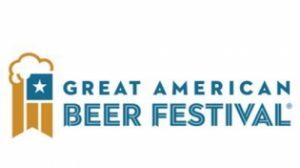 Three local breweries took home some hardware this weekend at the 2018 Great American Beer Festival (GABF) competition in Denver. The top three winners in the competition’s 102 beer-style categories were announced September 22nd at the GABF awards ceremony.
Munkle Brewing Company received a gold medal in the Belgian and French Style Ale category for its 5 Branches Biere de Garde, which the brewery describes as having “a deep amber colored ale, that has a complex malty sweet aroma of toasty bread and ripe apples. Following tradition, this beer is cold aged (lagered) for four months before its released on draft.”
No stranger to gold medals, Revelry Brewing took home the top prize in two different categories. Their Smooth Like Jazz brew won the German-Style Dopplebock or Eisbock group, while their Quadtum Leap was tops in the Aged Beer category.
Meanwhile, Low Tide Brewing’s Basil Better Have My Honey brew earned the bronze medal in the Honey Beer grouping.
Presented by the Brewers Association, GABF is the largest commercial beer competition in the world and recognizes the most outstanding beers produced in the United States. The 2018 GABF competition winners were selected by an international panel of 293 expert judges from 8,496 entries, received from 2,404 U.S. breweries, plus 101 Pro-Am and 49 collaboration entries.
For more GABF competition information, including the 2018 winners list and photos, visit GreatAmericanBeerFestival.com.