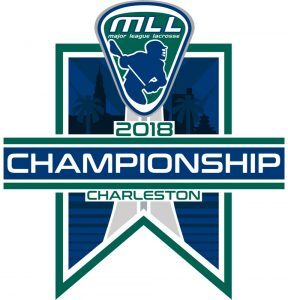 The Dallas Rattlers will face the Denver Outlaws in the 2018 Major League Lacrosse (MLL) Championship Game on Saturday, August 18th at 7 pm at MUSC Health Stadium.

The new Rattlers led the league in regular season wins, while the league’s annual attendance leader, Denver, will make its eighth championship game appearance in 13 years.

“These two teams met twice this season, played nearly 129 minutes and were separated by a single goal in each game,” said MLL Commissioner Alexander (Sandy) Brown. “The fans who will attend this game will witness something very special. No matter the final result, the Steinfeld Trophy will reside in very deserving hands.”

The Rattlers 15-12 wire-to-wire victory over the New York Lizards this past Saturday, gives first-year coach Bill Warder and his team a chance to win a championship in their first season in Texas. The Outlaws secured their third consecutive spot in the championship game with a 13-12 victory over the Chesapeake Bayhawks. It was Denver’s third straight road game and second straight win in an elimination game for veteran head coach BJ O’Hara, who is seeking his third Steinfeld Trophy in five seasons.

Denver is led offensively by Colorado native Eric Law, the 2017 Warrior Offensive Player of the Year and the 2016 Coca-Cola Championship Game Most Valuable Player, who has 25 goals and 13 assists in eight career playoff games. Mike Simon, who has won four Steinfeld Trophies during his career, leads a defense that hasn’t allowed more than 14 goals in its last six games.

For more information about the game and to purchase tickets visit majorleaguelacrosse.com.

Follow us
Related Topics:Major League Lacrossemusc health stadium
Up Next